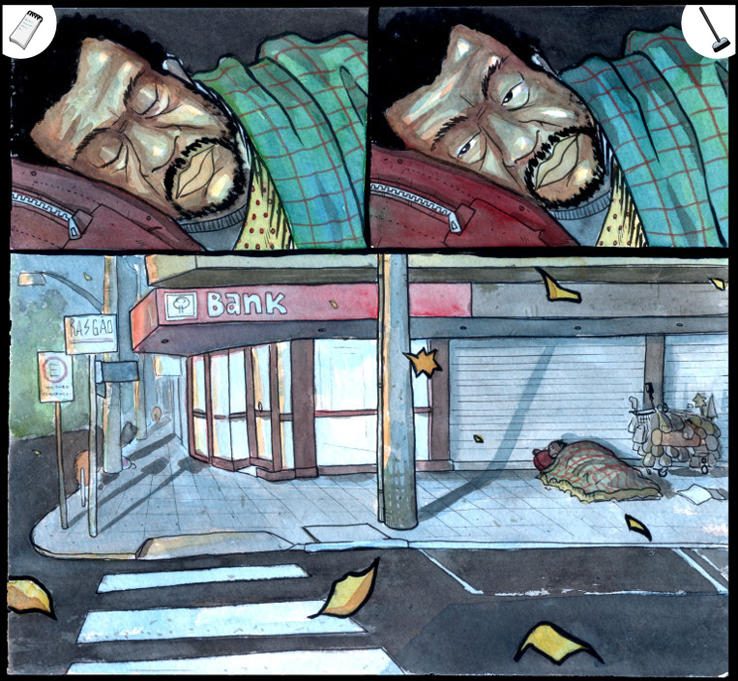 Next week we have something special lined up. After months of writing, drawing, programming and editing, 'So Close, Faraway!', an interactive comics journalism journey that will take you into the world of the homeless in Brazil, is finally ready for publication.

'So Close, Faraway!' takes a literal approach to the idea that a comic must 'show' and journalism must 'tell'. The comic itself follows a day in the life of Jorge, a 43-year old homeless man in the streets of Porto Alegre. The panels have interactive elements, which you can discover by hovering over them with the mouse. The elements allow you to learn more about Jorge's daily live. The journalistic side of the piece is formed by expandable texts that give an overview of homelessness in Brazil, and what is being done to give a voice to the homeless.

The comic will be published on Wednesday November 13. We will also publish an interview with the writer, Augusto Paim, talking about the background and motivation of the comics report.