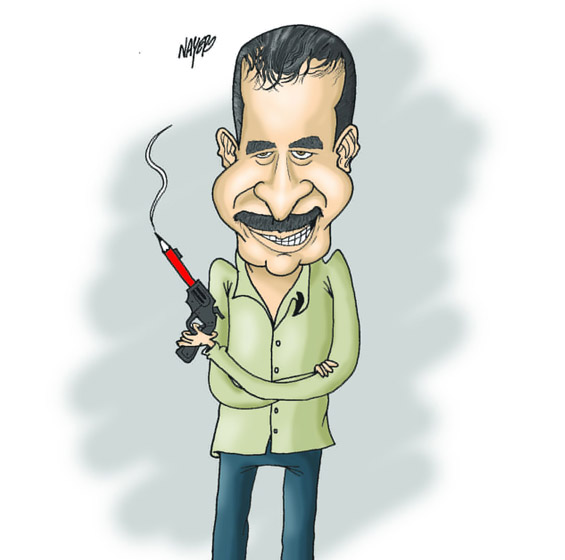 Palestinian cartoonist and CM member Fadi About Hassan has had a difficult time over the last few years. Residing in Syria, his cartoons angered the Assad regime and government supporters, leading to an arrest and 80-day detention in 2009.

Since the start of the conflict in Syria, things became even more critical, and Fadi was forced to flee the country in 2012. With the help of ICORN (International Cities of Refuge Network) and CRNI, Fadi has arrived safely in Drøbak City in Norway in September 2013, where he will continue to work for political change and freedom of expression.