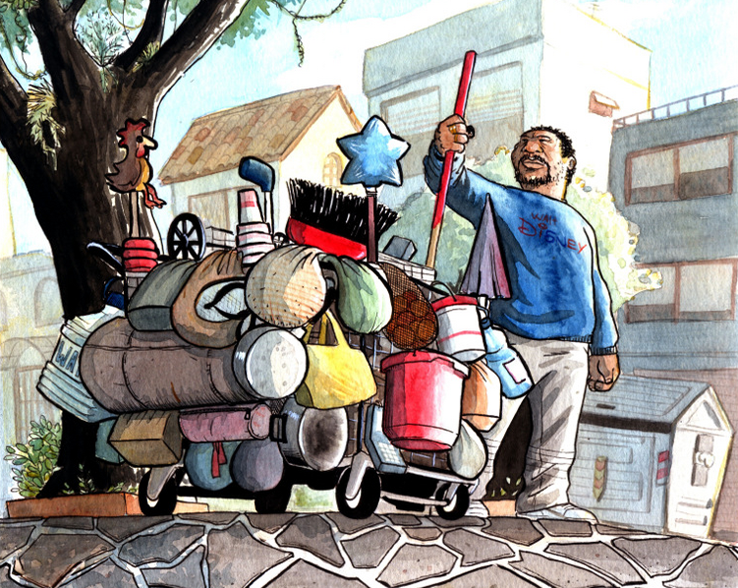 Brazil has been in the news a lot over the summer, as protesters took to the streets to protest the increase in public transport prices. The movement grew into millions of people voicing their dissatisfaction with the government, as a large number of Brazilians continue to live in poverty.

Brazilian journalist Augusto Paim set out to explore the lives of the people who live on the lowest tier of society: the homeless. The result is a beautiful and piercing account of homelessness in Brazil, which will be published November 13.

The reporting is done by Augusto Paim; his first production for Cartoon Movement, published in 2011, focused on the favelas of Rio de Janeiro. The artist working to bring the story to life is Bruno Ortiz. In the comic we follow 43-year old Jorge, who has been on the streets  of Porto Alegre for a decade. His personal story vividly illustrates the life of the homeless in brazil, and is combined with in-depth reporting on the issue of homelessness in Brazil in general.

As with most of our more recent productions, the comic is interactive, featuring extra layers of texts with additional information and photos.