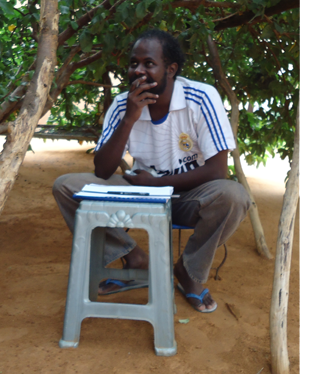 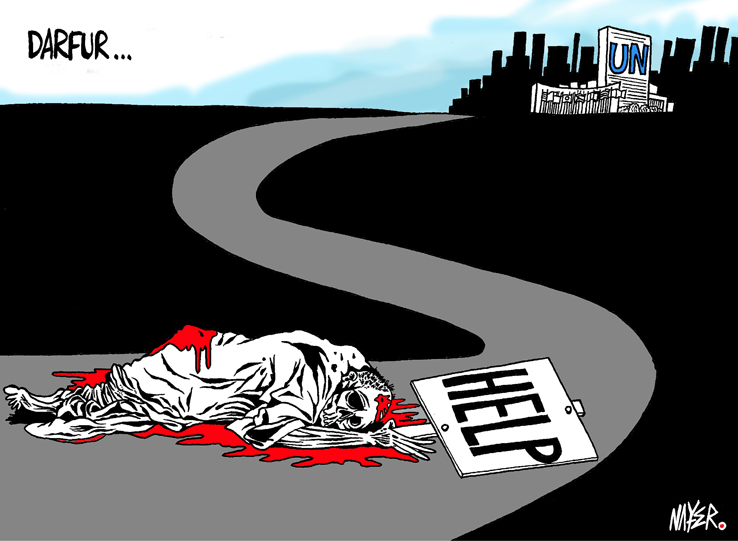 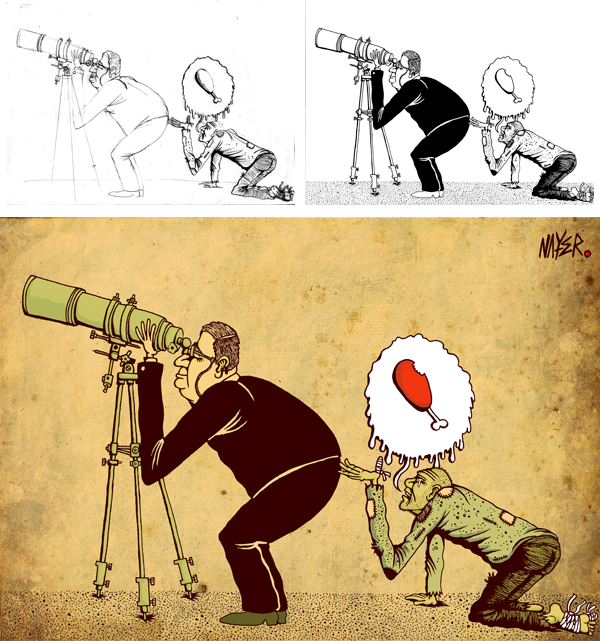 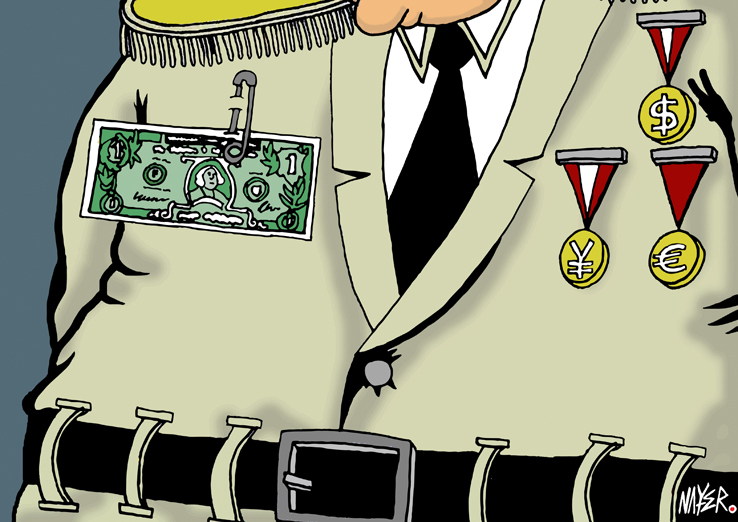 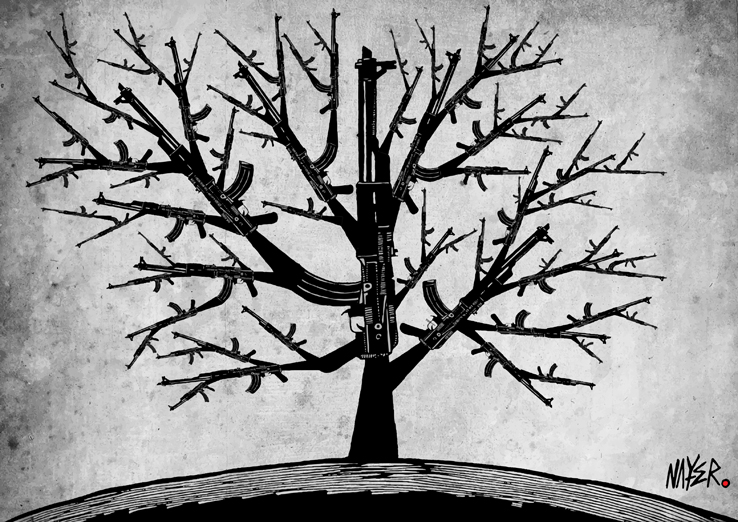 Cartoonists Rights Network International conducts an interview with cartoonist Jonathan Guyer. Guyer is associate editor of the Cairo Review of Global Affairs. From 2012-2013, he was a Fulbright fellow researching political cartoons in Egypt.

He runs a blog called Oum Cartoon, where he writes about anything and everything to do with political cartoons in Egypt. Watch this informal 20-minute interview if you're interested in learning more about Egyptian cartoons:

The core of what we do is produce editorial cartoons and comics journalism, but sometimes we venture into the field of education. We recently produced a series of comics for Butch & Sundance Media, drawn by Pedro X. Molina, to be part of an educational package on the Supreme Court of the Netherlands for middle school students. Six one-page comics illustrate the role and jurisdiction of the Supreme Court. The comics can be seen in the slideshow below, but be warned: they're in Dutch. 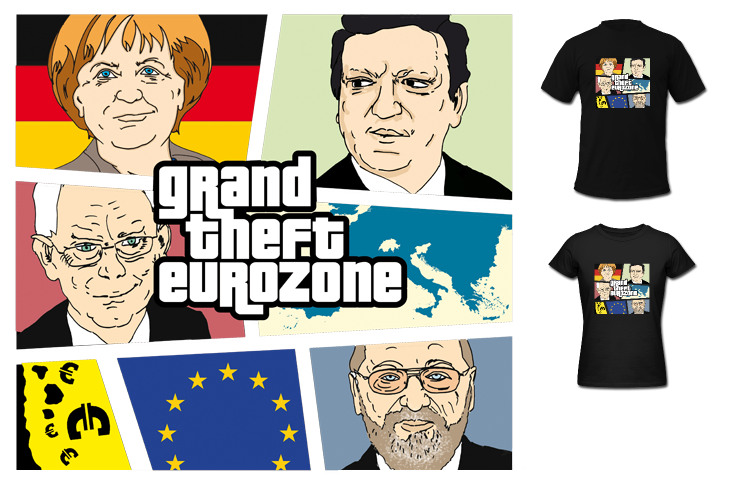 We have added a new design to our t-shirt webshop. If you're a fan of GTA, but not of the economic policy of the EU, then this shirt is definitely for you. Image by Manos Symeonakis.

Arab Uprisings Through the Eyes of Cartoonists


UK's Channel 4 has broadcasted a report on the Arab uprisings and the role of cartoonists, featuring an interview with Khalid Albaih, and also showing the work of Doaa Eladl. Recommended watching! 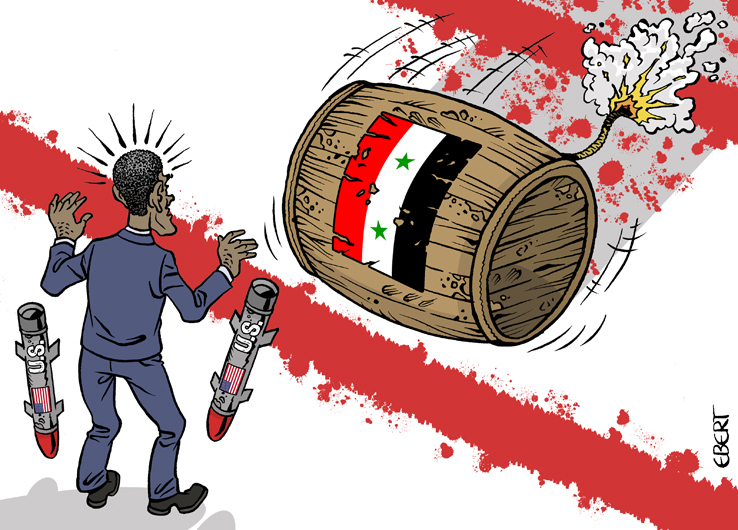 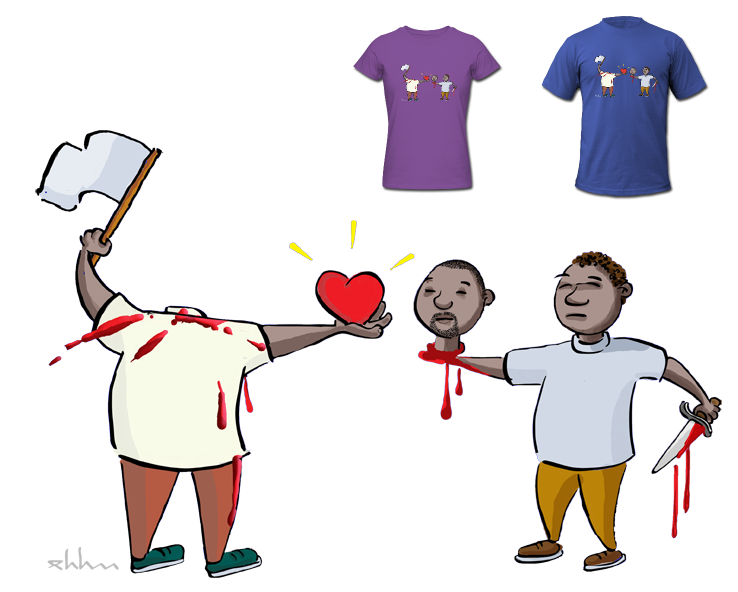 We have added a new design to our t-shirt webshop. A cartoon made for TEDxHagueAcademy, inspired by the talk by Jean-Paul Samputu, who uses music to educate his audience about love, peace and reconciliation after the Rwandan genocide. Image by Elihu Duayer. 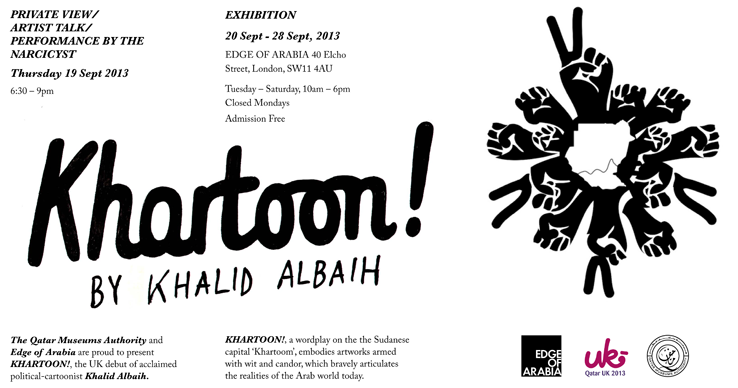 Khalid Albaih, acclaimed political cartoonist from Qatar (and CM member) will be exhibiting in London this month. If you are in the area, we highly recommend that you pay a visit to see his amazing art.

The Business of Guns

OnlineMBA.com, an educational resource site, contacted us and asked if we might be interested in featuring this video they produced on our blog.

In the past, we've posted similar videos with illustration and animation. If your interested in the numbers behind the US gun Industry, it's definitely worth watching. For instance, did you know there are over 130,000 licensed gun dealers in the US, compared to 36,500 grocery stores?

Cartoon Exhibition on the Shutdown of ERT 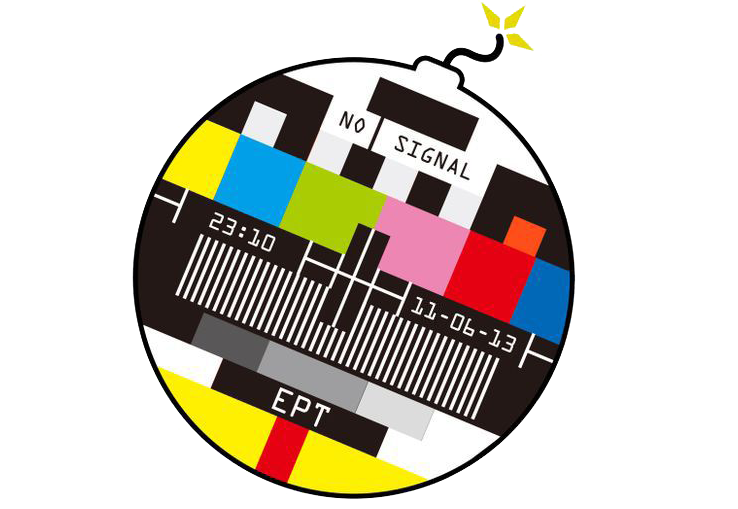 On June 11, the Greek government decided to shut down the Greek public broadcaster ERT (EPT in Greek) in search of new savings. All 2,656 employees protested against the shutdown. ERT continued to broadcast via satellite and Internet.

Today, September 11, the cartoons are exhibited at ERT. In the slideshow below you can see the works contributed to the exhibition by our cartoonists.