Doddy Iswahyudi is the first cartoonist from Indonesia to join Cartoon Movement. As an old school artist, his cartoons are entirely done by hand. We talk to him about his work, and about cartooning in Indonesia.

'When an idea pops into my head, I start to make a rough pencil sketch on paper - for me, this is the most important part, until I find the right form. Then I continue to draw the outline of the object. I use a drawing pen to draw the outline. The last step is coloring with watercolor and ink; sometimes I use aquarel too.' 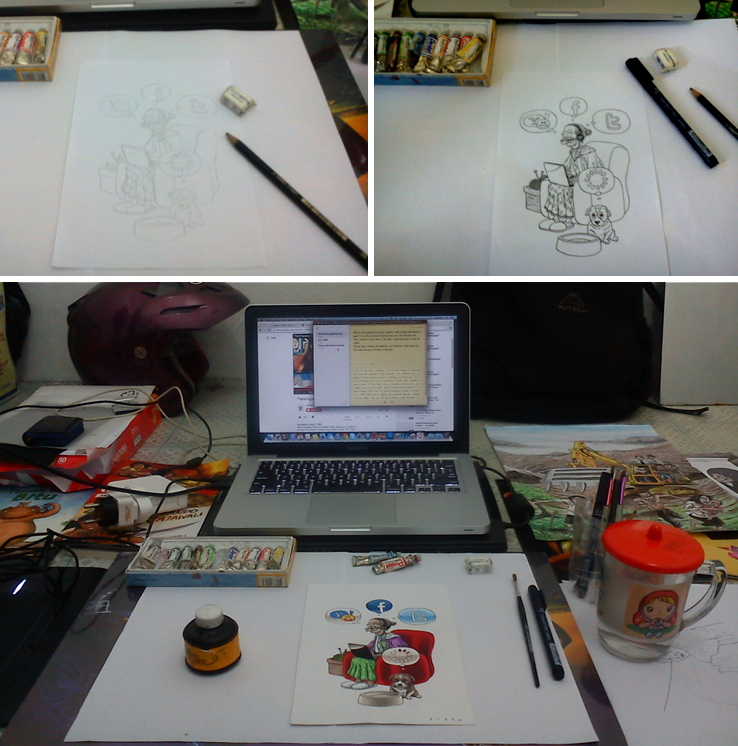 Are there many cartoonists in Indonesia?

'There are many cartoonists in Indonesia. Unfortunately there are few political cartoonists; I guess simply because there is more demand for other types of cartoons, such as illustration for articles, books, ads, jokes, etc. In the other hand, we do have a situation of social and economic injustice, bad governance, dirty politics and corruption. So it's an anomaly, if I may say so. In this kind of situation, political cartoons should flourish.'

Is it difficult to be a cartoonist in Indonesia?

I can imagine there are certain subjects you cannot make fun of?

'If you're working for newspaper, your main burden is the editor, since you have to get along with newspaper policy and he's the one who plays the gatekeeper role. There are certain subjects called 'SARA'. It refers to 'Suku, Agama, Ras, and Antargolongan' - basically ethnicity, religion, race, and inter-group relations. You can't make fun of those things too far. It's a sensitive issue.' 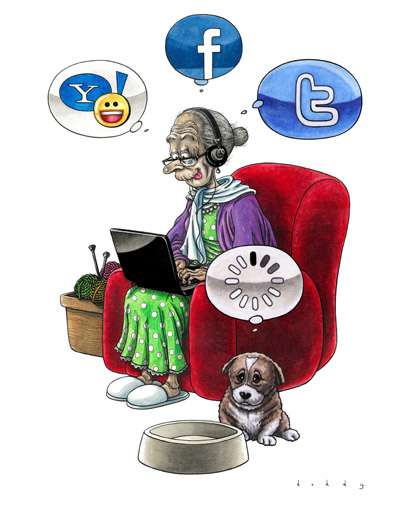 Do political cartoons play (an important) role in Indonesian society?

'Let me give you some examples:

In 1932, a series of cartoons appeared in the Fikiran Rakjat magazine, that were signed 'Soemini'. That is what Soekarno - later Indonesia's first president used as his pseudonym on his cartoons. The cartoons came together with his writings on nationalism, anti-colonialism, anti-imperialism, and anti-capitalism.

In the revolutionary period of Indonesia (1945-1949), many cartoons were depicting the people's struggle against colonials. Under the Parliamentary Democracy era (1950-1957), political cartoonists 'celebrated' freedom of the press. They drew sharp criticisms of their political rivals, regardless of the newspaper's political and ideological background. It was the era of parties and groups using newspapers to spread their influence and gain public opinion.

Later on, 1959-1965, in the post-parliamentary democracy period, or Guided Democracy, as it was called, the fight became unequal because of the domination of Nationalist and Communist party. Then came the New Order under Soeharto (1965-1998) which is renowned as the hardest time for all forms of criticism. Press was controlled totally by an authoritarian government. The militaristic-style government had devastating consequences for freedom of speech and expression. Political cartoonists had to be careful, since they were also being watched discretely.

The post-Soeharto era (1998-today) is known as Reformasi – reform, a more open political and social environment. Today we can see a lot of sharp political cartoons criticizing the government, the parliament and the judicial institution. But the institutions remain silent, or to be precise, remain ignorant. 'It's like Don Quichotte tilting at windmills', said GM Sudarta - a senior political cartoonist, in an interview with BBC Indonesia in December 2012.

Political cartoons play a big role because visual language is easier to understand, more so than reading written words. It deciphers a situation or problem artistically in various ways, either humorous, satiric, ironic, or sarcastic. Even though cartoons give a smile on people's faces, they can be used to assault political or ideological rivals. Cartoons are like a medical records. It shows that there's something happening, and could make us think that maybe there is something wrong with our society. But it's not the cartoonist's duty to improve the situation, it's the government's responsibility.'