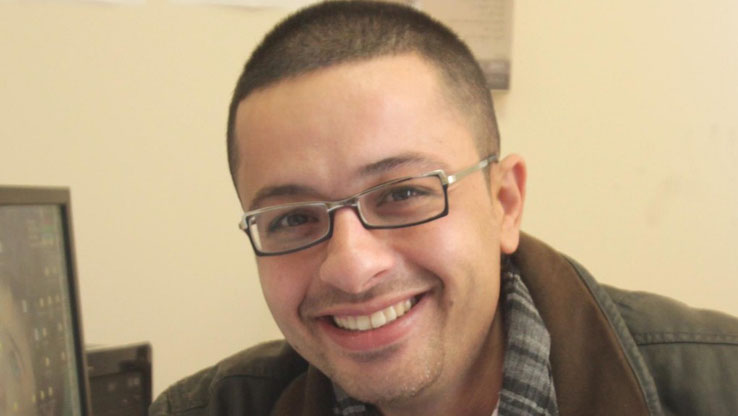 Palestinian cartoonist Mohammad Saba'aneh was arrested on February 16 by Israeli authorities and sentenced to 5 months in prison for 'contact with a hostile organization'. Many suspect his sentence was because of his work as a critical cartoonist. On July 1st, he was released.

The arabic desk of RNW talked to him at the prison gates. An English version of the interview was posted by PRI's The World:

“People are in prision just because they are Palestinians,” Sabaaneh says. About 5000 Palestinians are in Israeli prisons. Last week, a special UN committee expressed concern about the circumstances of Palestinian prisoners. When asked what was the hardest thing in prison, Sabaaneh answers: “I cannot say what was the hardest, everything is hard from the interrogation to the circumstances in the prison itself, to even the moment of release. These people just deserve to be free.”