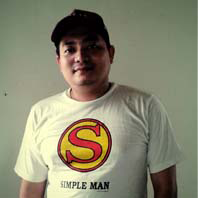 This year, we were pleasantly surprised to get an application from Myanmar (formerly known as Burma). This fledgeling democracy is not a place where you would expect to find policital cartoonists. All the more reason to talk to Burmese cartoonist Kyaw Thu Yein to find out more. We talk to him about the way he works, and also about censorship and the importance of cartoons.

When and why did you become a cartoonist?

'I started drawing cartoons in 2000. In our country, there is no institute or colleagues specialized in cartooning. I wanted to be a cartoonist, thus I sent my cartoons to newspapers (at that time, our country was ruled by the Military). But, my cartoons were not published in government newspapers. I participated in various cartoon contests, either local or abroad and I joined a local humor magazine (Yee Sa Yar Magazine).

After 2010, democratic reform was geared up and media freedom was developed compared with the past. Local news journals focused more on editorial cartoons and Myanmar cartoonists gained a chance to draw cartoons with a political aspect, under the censor board. I draw as a freelance cartoonist. There are no staff jobs for cartoonists in Myanmar. But, some editors request cartoonists to draw cartoons in their media. I contribute my cartoons in Weekly Eleven News, Voice Weekly, Irrawaddy Magazine and other local newspaper and magazines.'

How do you make cartoons?

'How I make cartoons is very simple. I am always thinking on ideas for new cartoons. But, most of the best cartoons come from accidental idea. Sometimes, I think of an idea based on news, sometimes, it based on humor. I sketch or write down in my notes whenever I get a new idea. Then, I modify this idea to draw on paper. 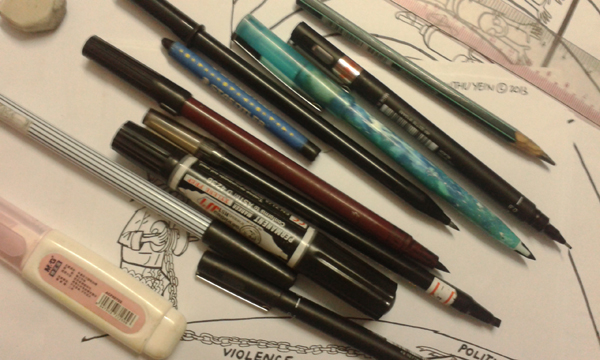 In our country, it is difficult to buy tools for cartoon drawing.  I use A4 80 gm paper, water color drawing paper for cartooning. I use a calligraphy pen (used in Arabic writing in my country), soft pen (Uniball 1.0, 0.8, 0.5 and 0.1) and a paint brush. I always scan my cartoons and save in my computer. I use simple scanner, Canon LiDe 110. If it is required, I edit my cartoons with Photoshop.'

Are there many cartoonists in Myanmar?

'In Myanmar, there are many cartoonists. The number of cartoonists has grown a lot in recent years, because the government allows more newspapers and they use more cartoons. Nowadays, Myanmar people are interested in news and editorial cartoons. Most of the cartoons are drawn in simple way, like two guys talking to each other; this is the popular style/technique of cartoon drawing in Myanmar.

Personally, I admire Saya Aw Pi Kyeh, who is famous cartoonist in Myanmar, who got MBA from Harvard but earn his income as a cartoonist.' 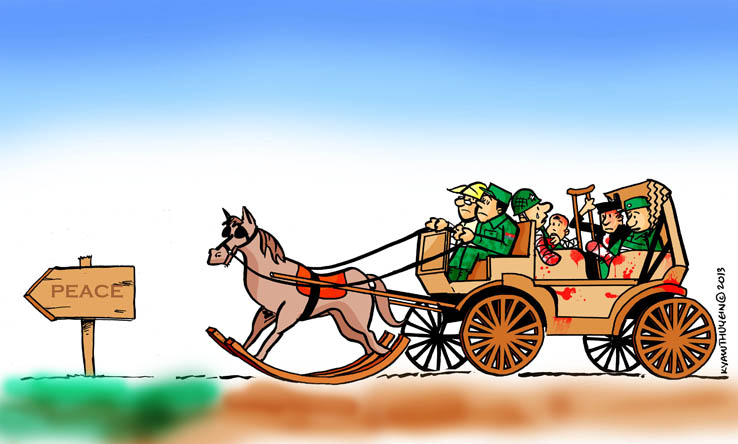 The way to Peace

Is there a history of cartooning in Myanmar?

'Cartooning and caricaturing were developed in Myanmar since 1900, when Myanmar was a British Colony. The first Myanmar cartoonist was U Ba Galay (Shwe Yoe). But, multiple factors such as civil wars, economic and political instability, censorship, lack of newspapers and poverty, lead to the decline of cartoons. Under military laws, cartoons disappeared for decades. Most cartoonists moved to other professions. Many of them started to draw children comics.'

Is it difficult to be a cartoonist in Myanmar nowadays?

'For economic reasons, it is difficult to be a cartoonist in Myanmar. We get a maximum  of 10000 Ks (about 10 USD) for each cartoon when it is used in press. Most of the cartoonist draw illustrations, and some earn as graphic designer. Apart from economic aspect, there are other difficulties for cartoonist, because there is always risk for him, to be arrested, if his cartoons make the government angry.

The red lines in Myanmar (subjects you cannot draw about) are the military, religions and Aung San Su Kyi, the Nobel Prize winner. When a cartoonist draws a cartoon that criticizes the military, he might be arrested. Drawing anything critical about Aung San Su Kyi is difficult for another reason; it is because most of the people love her. Other red lines include religion, sex and nudity.