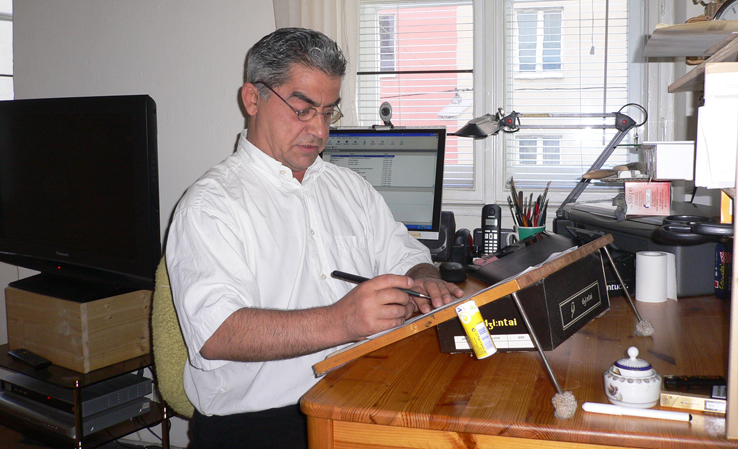 Behind-the-Scenes is an ongoing series that shows how cartoonists work. In this edition we feature Marian Kamensky from Vienna, and a cartoon on Berlusconi in prison ('Bunga Bunga').

Marian makes all his dawings by hand, using pen and ink. All the shading and coloring is done with Photoshop. The first image below shows the cartoon is it drawn by hand. In the second image, shading, coloring etc. are applies, turning the image from a relatively simple black & white image into a finished cartoon. 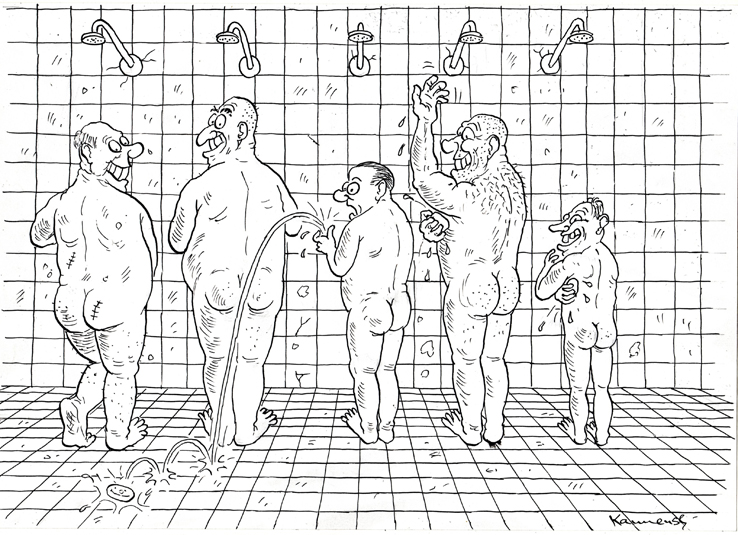 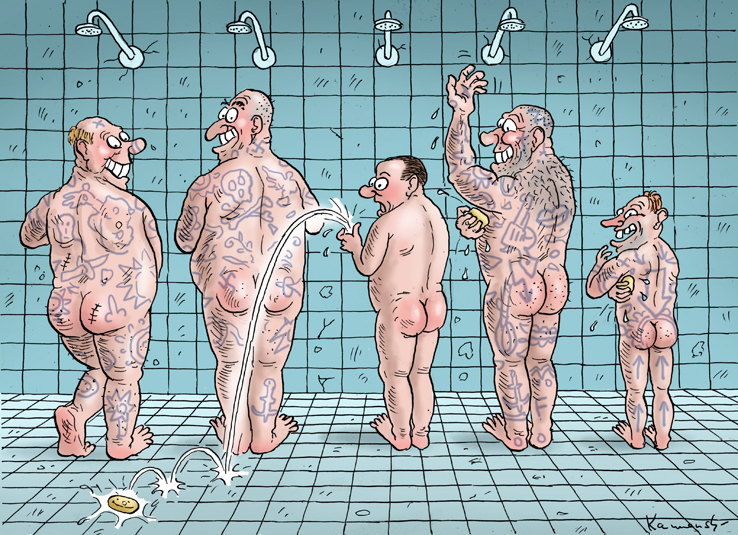