There is a debate going on in New Zealand about two controversial cartoons by Al Nisbet, published in the Marlborough Express and The Press at the end of May. Both cartoons depict adults (some of which are Polynesian/Maori) scheming to take advantage of a governmental policy of providing free school meals. In one of the cartoons, the characters discuss how they'll have more cash for 'booze, smokes and pokies' because of these free meals. 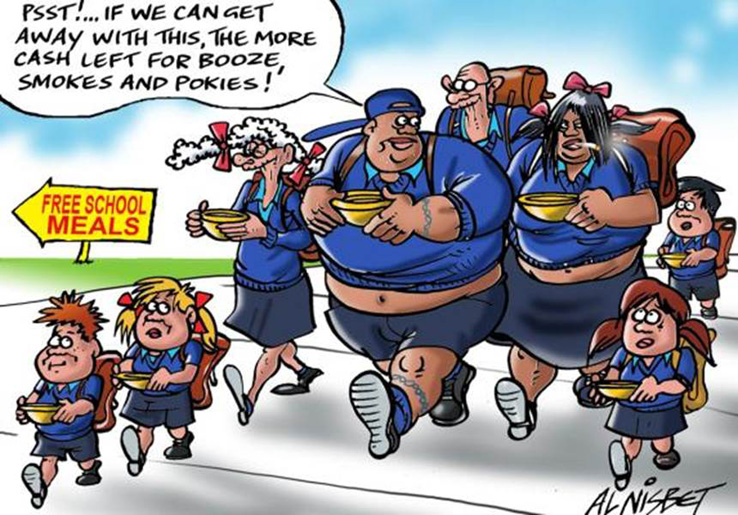 Many people on Facebook and Twitter called the cartoons 'racist' and 'poor-bashing'. The New Zealand Human Rights Commission condemned the cartoons, calling them 'insensitive', but Race Relations Commissioner Susan Devoy claims 'the cartoons did not reach the level of racism within the commission's inquiries and complaints process'. She does go on to state that perhaps the treshold for racism is too high under the law, but that this is something the government should change. 'I don't think it was OK for them to print it, I'm just saying that they're allowed to print it.' she said.

Al Nesbit, the cartoonist, defends the images, stating that stereotyping is a tool often employed in cartoons: 'In Cartoonland it’s sometimes necessary to highlight the features of a race or group that will instantly be recognised so the reader can grasp an issue quickly.' At first he was delighted to discover the response to the cartoon, which even included raging Members of Parliament. He soon found out the response almost solely focused on the aspect of race, and not on the main point he tried to make in the cartoon, 'that some could plead poverty while surrounded by the unnecessary luxuries of life like booze, gambling and fags, all while comfortably ensconced within an obesity epidemic... while their children starved.' 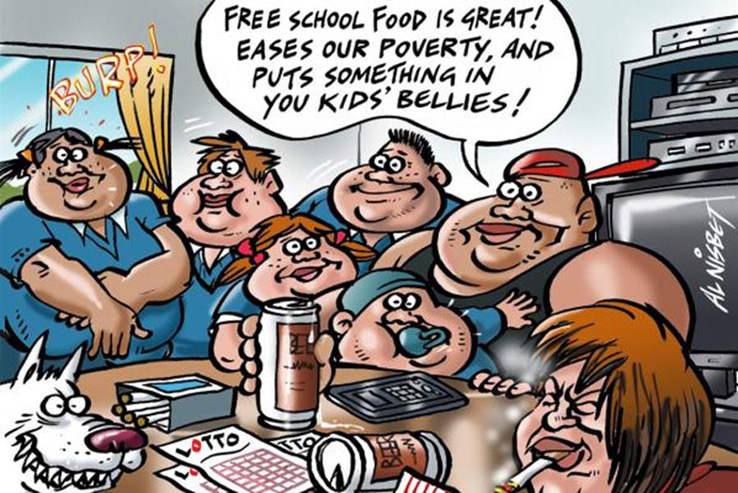 Apart from judging if the cartoons are racist or tasteless, the debate itself is interesting because it touches on the core of what makes a cartoon work: creating simplified visuals, and condensing an issue to fit into a single panel. But it is also this process of simplification that often sparks controversy. What exactly will spark an outcry is largely dependent on the time and place where a cartoon is published, but the debate is always worth following, because it explores where the boundaries of freedom of expression are (and if there are any). Especially in New Zealand, where, although inevitably there has been some hatemail, the debate seems by and large to be conducted in a civilized manner. And that is refreshing, because in many parts of Cartoonland controversy all too often means lawsuits, prison or torture for the offending cartoonist.