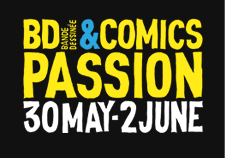 France has a thriving comics culture. The Culturethèque, part of the Institut Français in the UK, is organizing a festival from 30 May to June 2 to promote and celebrate French comic culture: BD & Comics Passion.

During the festival, over 3000 comics will be freely available and accesible on computer, tablet and phone. Most of these will be in French, but over 200 will be available translated into English. There is a catch: you need to be a UK resident to gain access to the comics.

However, even if it is for a British audience only, it's good to see comics promoted in this way. What's even better, the selection includes various graphic novels that cover history and politics. Here are a few of the titles that will be available during the festival:

So, if you're living in the UK, be sure to check it out.