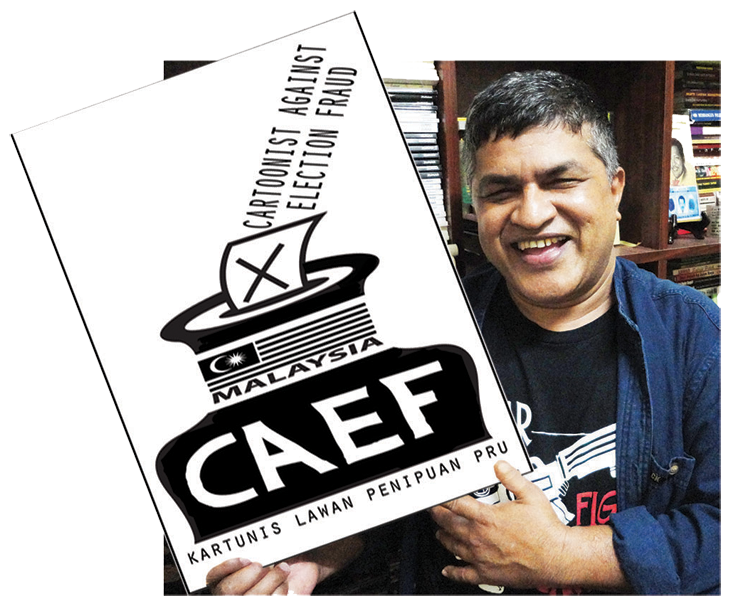 Well-known Malaysian cartoonist (and Cartoon Movement member) Zunar has set up set up a movement called Cartoonists Against Election Fraud (CAEF) Malaysia, to protest against alleged fraud in the recent general elections in Malaysia:

In any democratic country, fair elections is fundamental. The Barisan Nasional ruling coalition led by Prime Minister Najib Razak has won the General Elections held in Malaysia on May 5th from by fraudulent methods.

This blatant cheating is reinforced by the fact that the opposition coalition Pakatan Rakyat led by Anwar Ibrahim receives 50.3% of the popular vote compared to 46.8% for the Barisan Nasional. The cheatings included the right to vote given to non-citizens, counting fraud, the non-indelible ink, phantom voters, dubious early voters, vote-buying and dubious electoral rolls.

As a cartoonist, I am of the opinion that Najib and BN are not legally qualified to rule Malaysia.  Due to that fact, I have set up a movement called "Cartoonists Against Election Fraud (CAEF) Malaysia". Among the activities by CAEF will include the publishing of cartoons on the Internet, books, pamphlets and animation to raise public awareness on the enormity of the fraud in the recent GE13 election and that people will rise up against electoral frauds.

CAEF will also hold road shows on this issue. We are also ready to cooperate other NGOs throughout the country. CAEF will also seek to establish ties and networking with other international cartoonist movements and NGOs for the same purpose.

CAEF's goal is to put pressure to the authorities to not recognize the results of the 13th General Election, and a re-election to be held and monitored by authoritative bodies such as the United Nations. Otherwise, CAEF will not recognize Najib as the Prime Minister of Malaysia. CAEF will move on the Independent Cartoonist Group (Kelab Kartunis Independen - KKI) platform. Among the KKI members are Nor Azlin Ngah (Jonos), Johnny Ong, Amir Hakim (Ahyat), Mohd Afendi Ramli (Ronasina), Haili, Azmie Taha, Lawrence Jeyaraj (Loren), Oly, Abdullah Jones, Amier Hamzah Hashim (Ibnukaduk), Azhar Saad (Art), Azlan Isa (Orang2), Sham Saimun Ezil (Along), Megat, Firdaus  and Baba.

15 Cartoons That Changed the World

In March, we reviewed The Art of Controversy by Victor S. Navasky, a (historic) tour of 30 of the world's best cartoonists and the controversial work they created.  In a post on Buzzfeed, Navasky has compiled a list of 15 cartoons that had a profound and lasting impact on the world. All these cartoons are also features in the book. 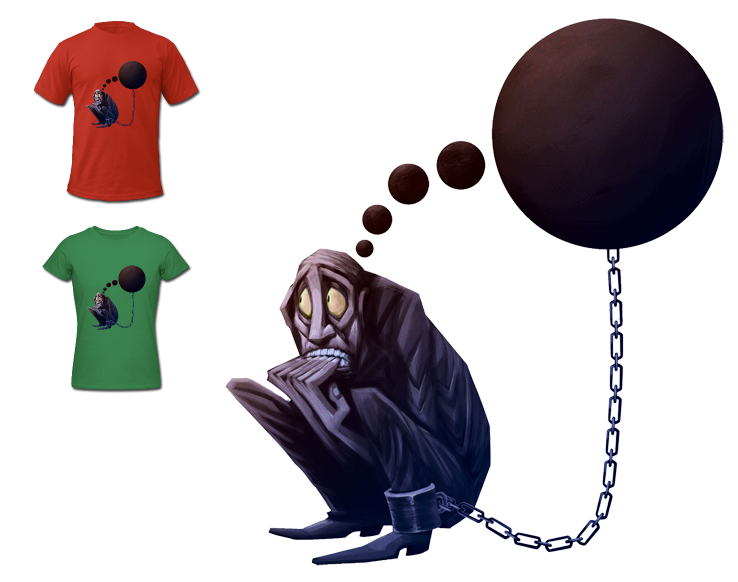 We have added a new design to our t-shirt webshop. Imprisoned by your own fears and thoughts: cartoon by Pedro X. Molina. 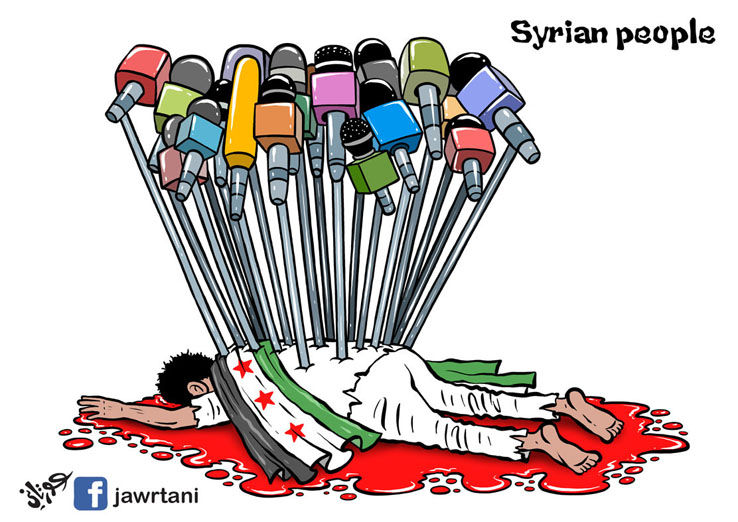 Jehad Awrtani is a professional editorial cartoonist from Jordan, working for newspapers in Jordan and Saudi Arabia. More of his work (in Arabic) can be seen on his Facebook page. 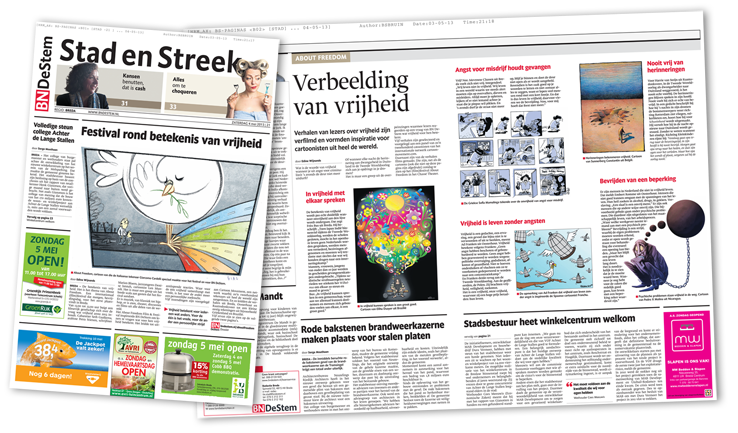 As part of our cooperation with film festival About Freedom, we asked our cartoonists to illustrate five perspectives on freedom. The best cartoons were selected and published in Dutch newspaper BN/De Stem on May 4th. The selected cartoons will also be published on Cartoon Movement in the coming week. 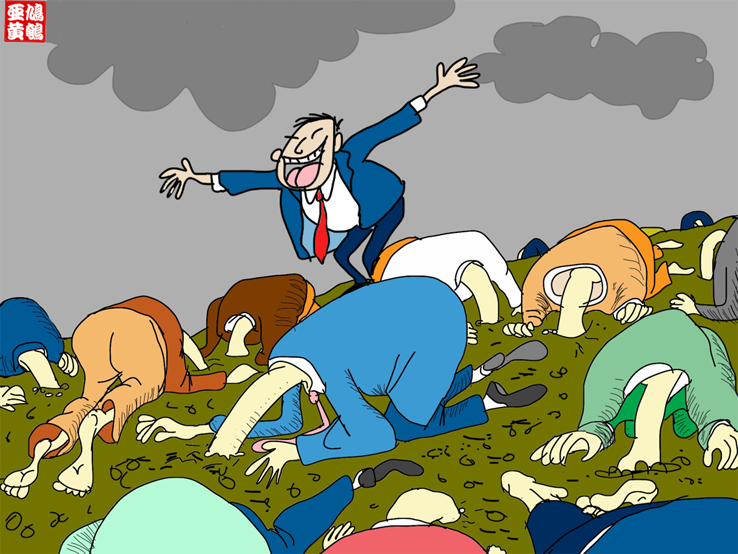 Thomas Wong was born in 1948 in China, and now lives in Canada. His cartoons appeared the New Statesman, and numerous publications in Asia. His specialty is political satire for Asia Pacific region and international politics. 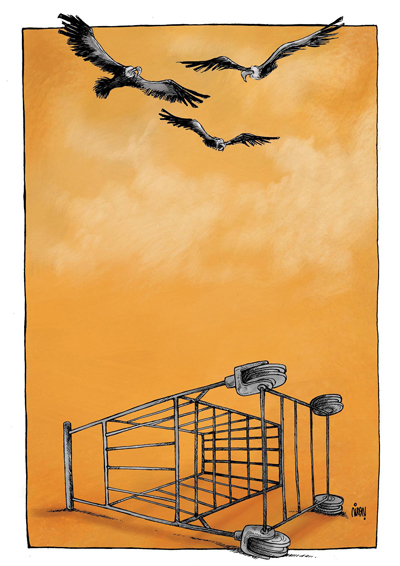 Payam Borumand is a cartoonist from Iran. He graduated from Islamic Azad University, Faculty of Arts in 2007. Since then, he has been working as a cartoonist in Iranian newspapers magazines. He currently works at two newspapers: Etemad and Newholiday. 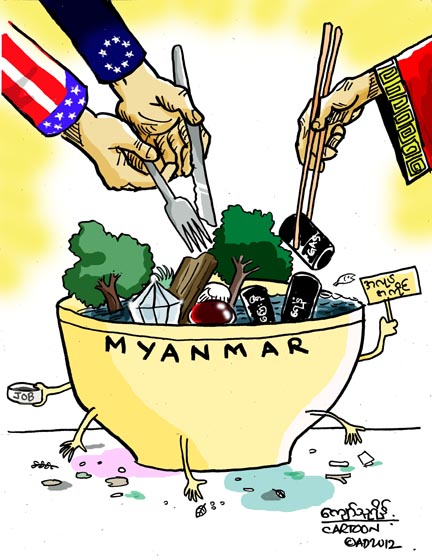 Kyaw Thu Yein is a freelance cartoonist, and the second artist to join us from Myanmar. His career started in 2000, drawing cartoons for various local magazines and journals. Currently, he is a contributor to weekly journals The Voice Weekly and Eleven News. 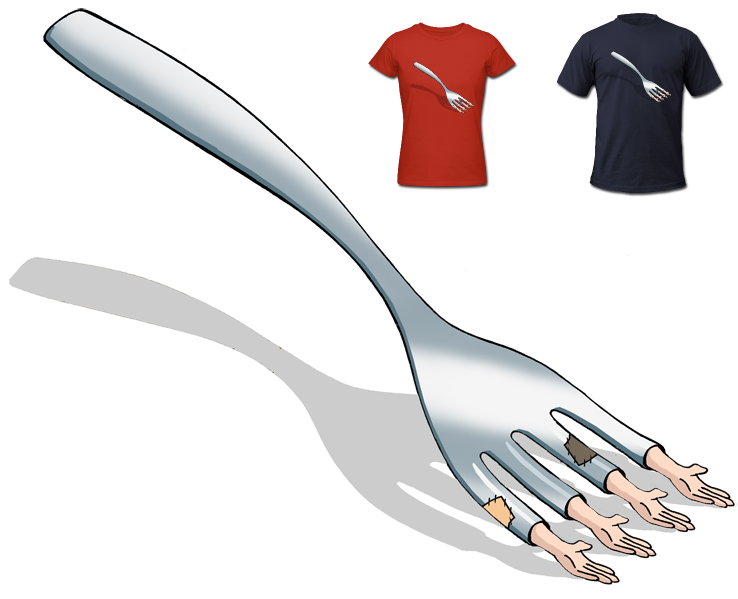 We have added a new design to our t-shirt webshop. The poor are always the first to suffer: cartoon by Arcadio Esquivel. 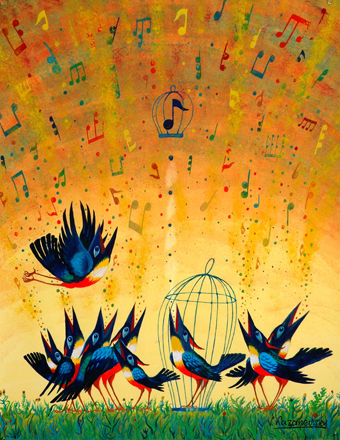 May 5th is Liberation Day in the Netherlands, the day the Dutch celebrate their freedom. Every year, we partner with different organizations to create cartoons on peace and freedom.

This year, Cartoon Movement is partnering with film festival About Freedom, taking place on May 5th in Breda, the Netherlands. In the run-up to the festival, we're asking our cartoonists to illustrate five perspectives on freedom:

Imprisoned by fear of crime/criminality.

The meaning of freedom becomes truly apparent when you experience oppression.

Freedom is living without fear of attacks or arrests.

A traumatic experience can keep you captive long after you we're subjected to the experience.

Your own problems in life can get in the way of your freedom.

Check out all the submissions in our project newsroom. Selected cartoons will be published in Dutch newspaper BN/De Stem on Saturday May 4.