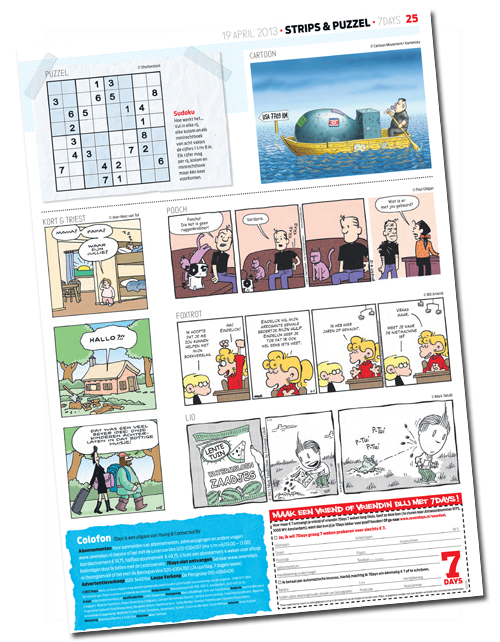 7Days is a weekly newspaper in the Netherlands for young readers aged between 12 and 18. This month, the newspaper has been restyled, and a new feature is a weekly political cartoon on the comics page, which we will provide.

Our first cartoon in 7Days was Korean War Threat by Marian Kamensky.