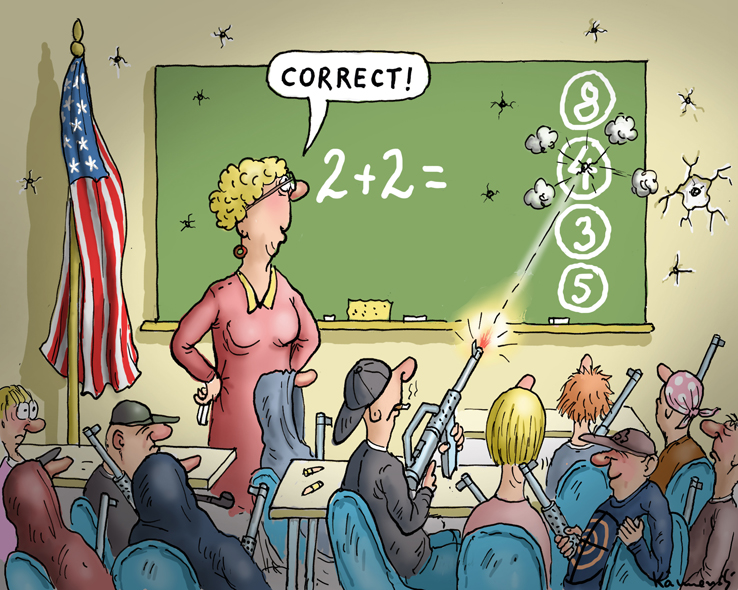 'Math in America' by Marian Kamensky

Marian Kamensky is a cartoonist originally from Slovakia, but now residing in Vienna (Austria). In 1982, he began illustrating the satirical books of Gabriel Laub. He also created illustrations for adventure books by Rudiger Nehberg, and the Biology/Zoology literature of Christian Kuehl. For a number of years, his artworks have been published in numerous newspapers and magazines in many countries of Europe (Die Zeit, Der Spiegel, Focus, Nebelspalter, Eulenspiegel, Psychologie heute, etc) and in the United States and Canada (Playboy, The New York Sun, The Humanist, etc).