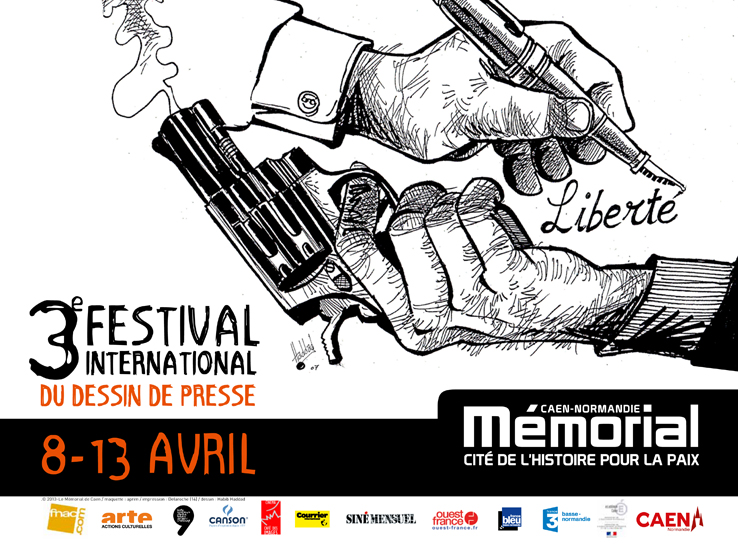 From Monday April 8 until Saturday April 13, Le Mémorial de Caen is hosting the 3e Festival International du Dessin de Presse. The event is co-organized by Iranian cartoonist Kianoush Ramezani, and a number of Cartoon Movement contributors will be present: Vladimir Kazanevsky, KAP and Willis from Tunis.  Some other great artists that will be present are Jeff Danziger, Liza Donnely, Kichka and Haddad.

The program includes a daily (evening) debate on themes such as the role of cartoons in newspapers and on the Internet, the existence of cartoon taboos and self-censorship, and censorship by the media cartoonists work for. On Friday, the program offers a preview of the Arte documentary Fini de Rire, directed by Olivier Malvoisin,  in the presence of some of the cartoonists who participated.

A full program of the week (in French) can be found here.