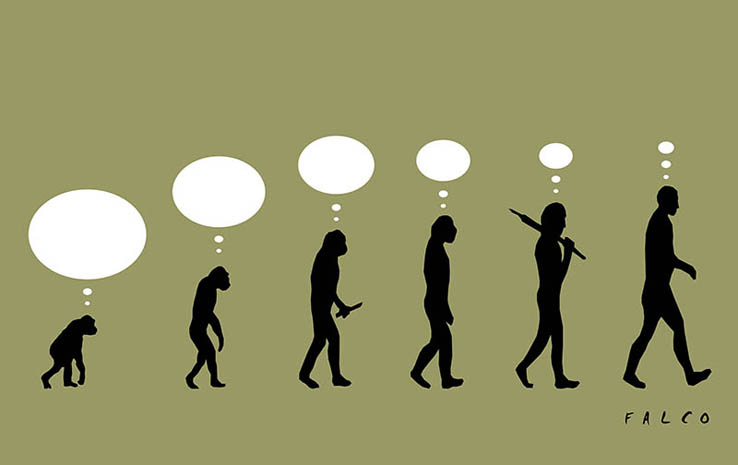 Carlos Alejandro Chang Falco (Alex Falco) was born in the city of Holguin, Cuba on April 2, 1965.
He graduated from the Pedagogical Institute of Havana in 1990.

He has worked the field of illustration, cartoons and graphic design in Cuba and all over the world. He has collaborated with UNICEF and published in print and online in Cuba and other countries such as France, USA, Japan, Germany, Argentina, Belgium, Brazil, Mexico and Portugal among others.

He has had ​​12 solo exhibitions and over 30 with other artists. Some of his works are in
the collection of the Museum of Humor of San Antonio de los Baños in Havana.

Falco is currently working for the newspaper Juventud Rebelde, in Cuba as an editorial cartoonist.
He has represented Cuba at international events such as the Press Cartoon in Nantes, France
and Comicdom, in Athens, Greece.