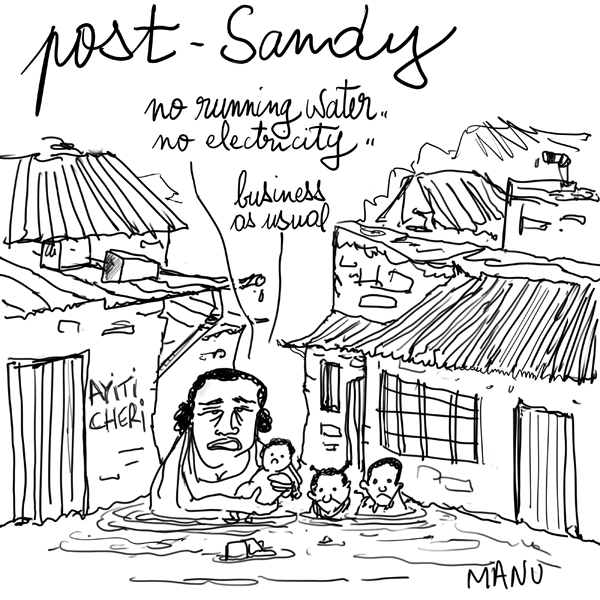 Emmanuel “Manu” Letouzé is a French-born, New York-based, political cartoonist who also works as a regular consultant to the United Nations and pursues his PhD at the University of California, Berkeley. He contributes cartoons to various publications, including the satirical blog Stuff Expat Aid Workers Like and Rue89, France’s leading news website.

He contributed editorial cartoons to French regional daily L'Union as well as national weekly Politis for several years, and recently illustrated the Management Handbook for UN Field Missions produced by the International Peace Institute. His most recent cartoons are available on his public Manu Cartoons Facebook page, and archived on his personal website. His current projects include a comic strip about the UN, another about New York city, and a 2nd exhibition at the Invisible Dog Art Center in Brooklyn scheduled for september 2013.