David Axe: 'My New Graphic Novel is a … Terrorist Organization?'

David Axe, author of Army of God, a graphic novel that was published online on Cartoon Movement throughout 2012, writes that advance payment for the book publication of the comic  was confiscated by the federal Office of Foreign Assets Control, claiming suspected ties a terrorist organization:

In 2010 I went to the Democratic Republic of Congo to report on the Lord’s Resistance Army rebel group. In 2011 I wrote a graphic novel script based on my reporting and artist Tim Hamilton agreed to draw it. Cartoonist Matt Bors edited the story and early this year the Dutch Website Cartoon Movement serialized the art online, following which book publisher Public Affairs acquired the paperback rights. And last month, the federal Office of Foreign Assets Control confiscated the majority of the advance payment, claiming that we were laundering the money for onward transfer to a terrorist organization.

Yes, you read that right: the feds believe Tim and I are terror financiers. 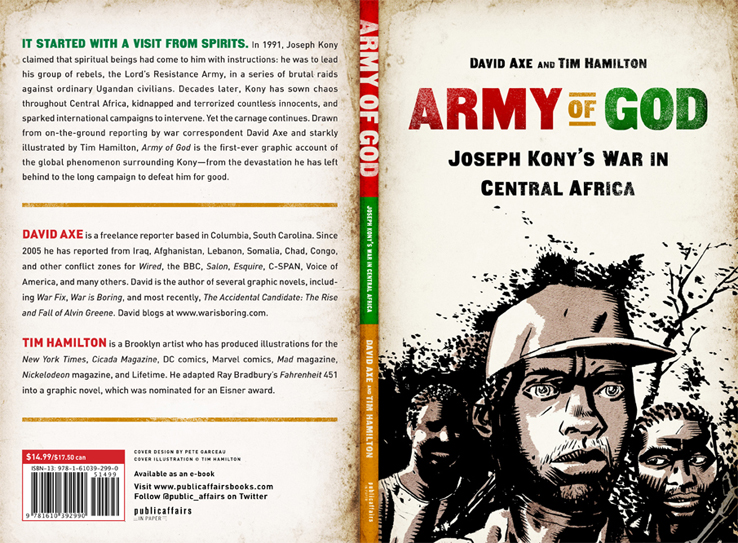