Why Poverty? is a cross-media event taking place in the week of 25 November – 2 December, reaching more than 500 million people around the world via television, radio, Internet and live events. Cartoon Movement is partnering with news service Edg.ie to join the global debate with cartoons. Edg.ie is a new online tool for journalists that will officially launch during Why Poverty? week. The aim of Edg.ie is to inspire journalists to write stories that otherwise would not get written about the developing world. 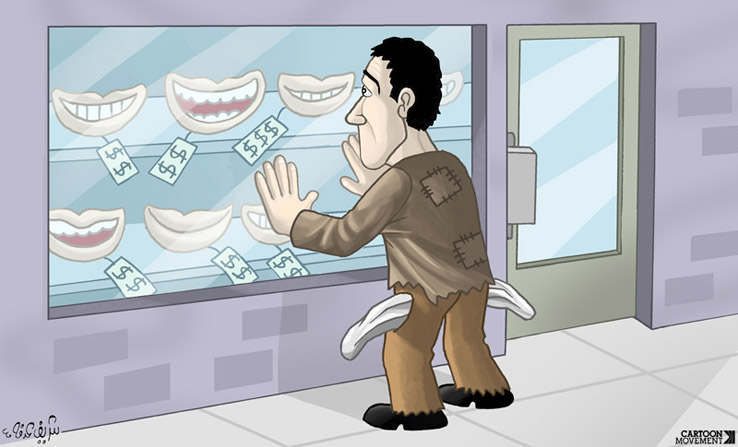 'In times of crisis, who can afford a smile?' by Sherif Arafa

We've chosen to focus on the ongoing global economic crisis, looking for sharp and humorous comments on the crisis, how it plays out in different countries, and in the world at large. Contributions can be seen in the project newsroom, which will be open until November 19. The best cartoons will be published on the Edg.ie news service that is feeding into the web activities of the Why Poverty? week, broadcasted in 50 countries. You can help us choose the best cartoons by voting for your favorite(s).