When No One Obeys, No One Commands

Interview with Nadia Khiari, the creator of Willis From Tunis

We're honored to add Tunisian artist Nadia Khiari, the creator of the comic Willis from Tunis, to our network. Willis is a cat, born in the Tunisian revolution that lead to the fall of Ben Ali, created by Nadia to use the newly won freedom of expression to comment on the revolution and the aftermath.  The character quickly became widely popular, in Tunisia an beyond, with currently close to 20,000 fans on Facebook. In 2012, she received the Daumier Prize for her creation. We talk to her about cartoons, social media, and the future of Tunisia. 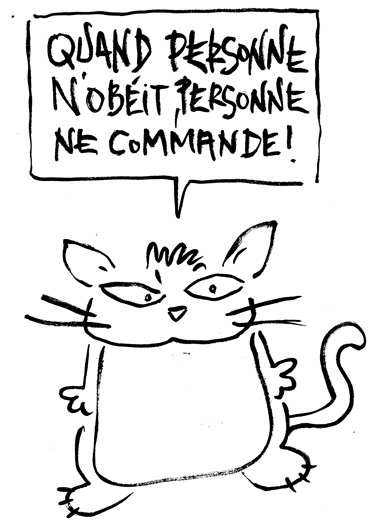 When no one obeys, no one commands.

Were you surprised by the success of Willis in Tunis? Why do you think it has had such an impact?

I was totally surprised by the success of this cat. Indeed, at the outset, it was intended to make my family smile in these difficult moments. I think the success of the character is the fact that we all live the same thing, the immediacy of social networking promotes the dissemination of drawings.
The revolution in Tunisia has given the people freedom of expression. Were there any political cartoonists in Tunisia before the revolution?

There were cartoonists in Tunisia but they were censored and could not criticize the government. They commented on the news and therefore essentially on sports. 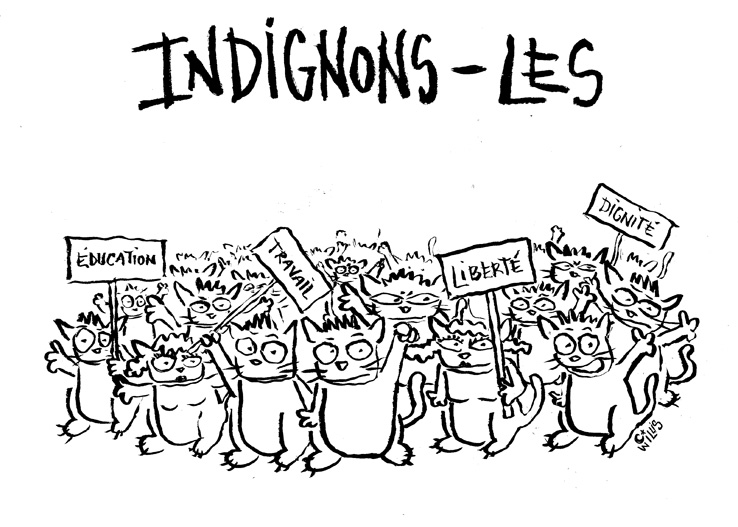 What, in your view, is the power of political cartoons?

Newspaper cartoons and political satire are vital to the health of a democracy. Able to speak freely and mock everything is important. Drawing is a way to make the public smile but also step back, have perspective and reflection.

Your main form of publication of online through social media (although you have also published two books). Do you think the future of political cartoons is online, instead of in newspapers?

I hope that cartoons in print will still be important. But it is obvious that publishing on social networks allows everyone access to my work: unlimited boundaries, sex or social class. It's free and therefore accessible.

I read in an interview that you choose not to syndicate Willis from Tunis. Do you feel syndication would present you with editorial constraints?

I do not want my character to be labeled or become the mascot of a political party, movement whatsoever. The character is independent, free and allows you to make fun of everyone and everybody, including himself. 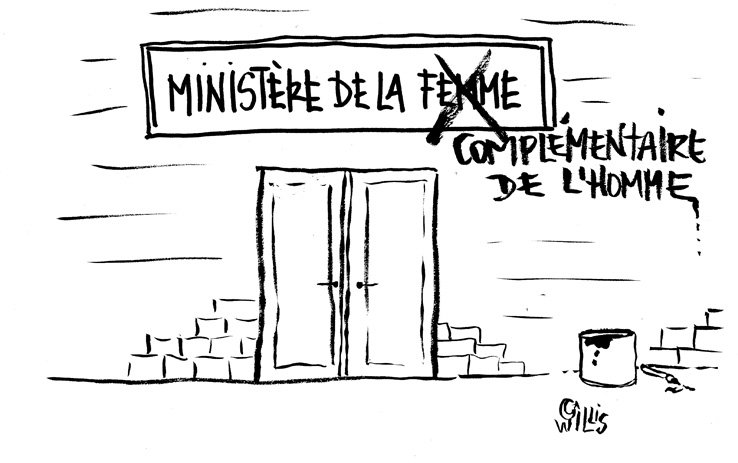 Ministry of women the complimentary of man.

How do you see the future of Tunisia?

I remain optimistic. The freedom that we won at the cost of human lives is precious and we must preserve it. I know that the struggle to preserve is at every moment and is far from over.

What role can political cartoons and cartoonists play in shaping this future?

All cartoonists like me who were born during this revolution are happy to finally be able to exercise their passion. The more we'll create, the more we ‘ll fight taboos, and the less these taboos will remain in obscurity.

If you want to learn more about Nadia and her work, we recommend this excellent video interview, made by the Guardian.