Joint Action Against Censorship in India

CRNI (Cartoonists Rights International) and IFEX (International Freedom of Expression Exchange) have written a letter to Indian authorities calling for charges to be dropped against two Internet users over a cartoon circulated via e-mail.

Over 30 human rights groups have signed the letter, along with a number of cartoonist organizations. Cartoon Movement is one of the co-signers, and we hope this letter will influence government officials in India to take action. 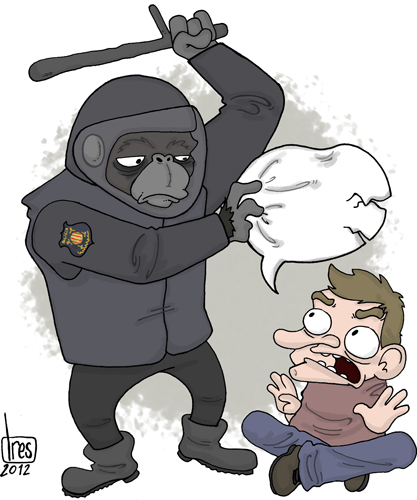 Carlos Villafranca (artist name Tres) is a young cartoonist from Barcelona. He draws for Catalan magazines 'El Triangle' and 'Directa' (where he also coordinates the illustration area) and participate in the collective satirical site 'El Web Negre'. You can see more of his work on his blog.

Today is the International Day of Peace, and today is also the day we launch our new project 'Reinventing Peace'. The aim of the project is to create a series of cartoons about peace in the 21st century, inspired by the visuals used by the international peace movement in the early 20th century. Keep an eye on our newsroom to see the first submissions coming in. 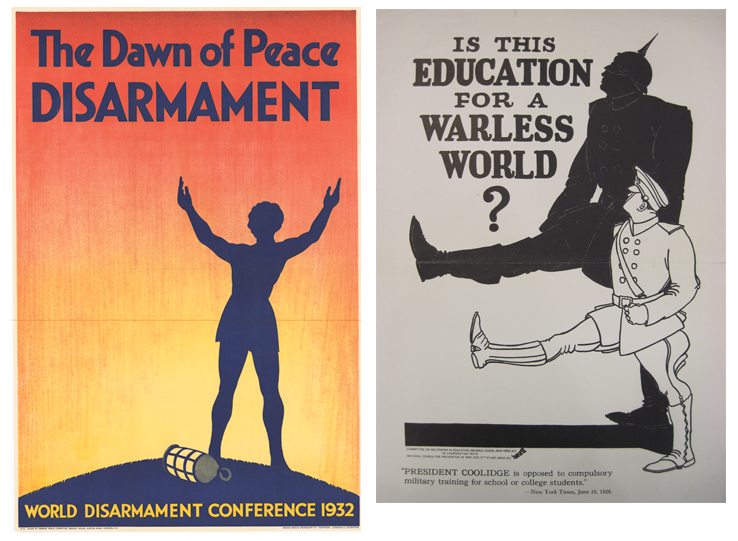 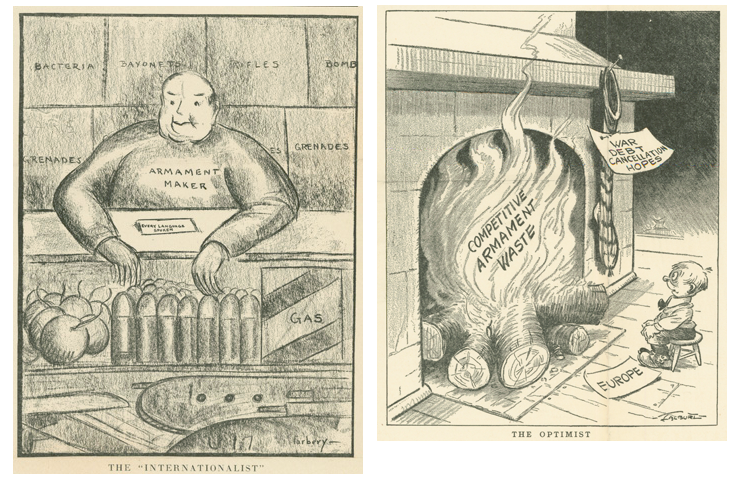 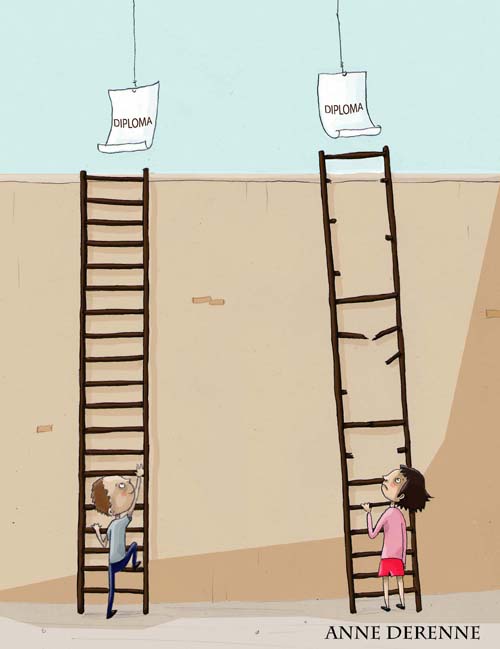 Anne Derenne is a French cartoonist and illustrator currently residing in Madrid, Spain. She has won several awards for her work. Visit her blog here. 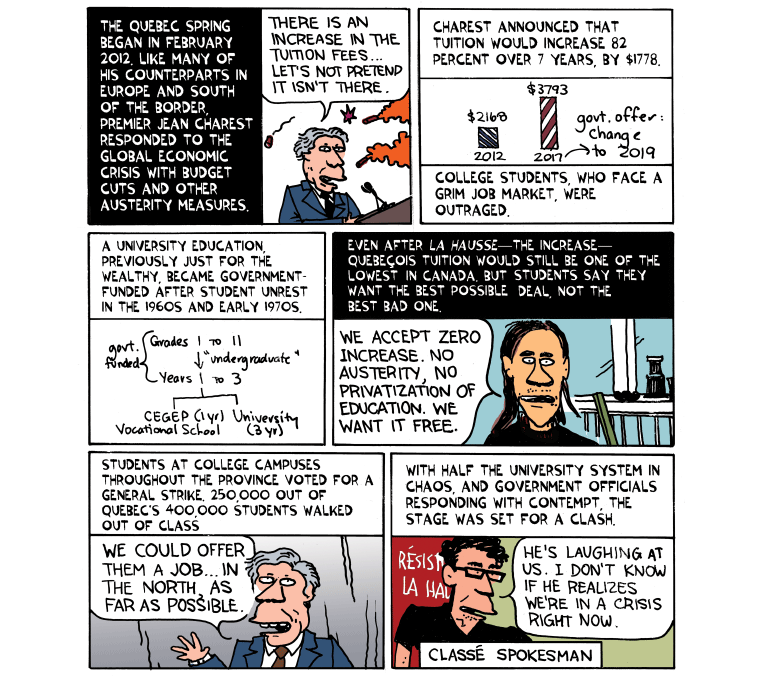 The student movement that exploded in Quebec this summer was yet another example of the popular protests we've seen taking place across the globe over the last few years. Political cartoonist Ted Rall recently visited Montreal, where he met with organizers of the movement, which continues to expand beyond its intial concern over tuition hikes. We'll have a full ten pages from him on Monday, September 17. 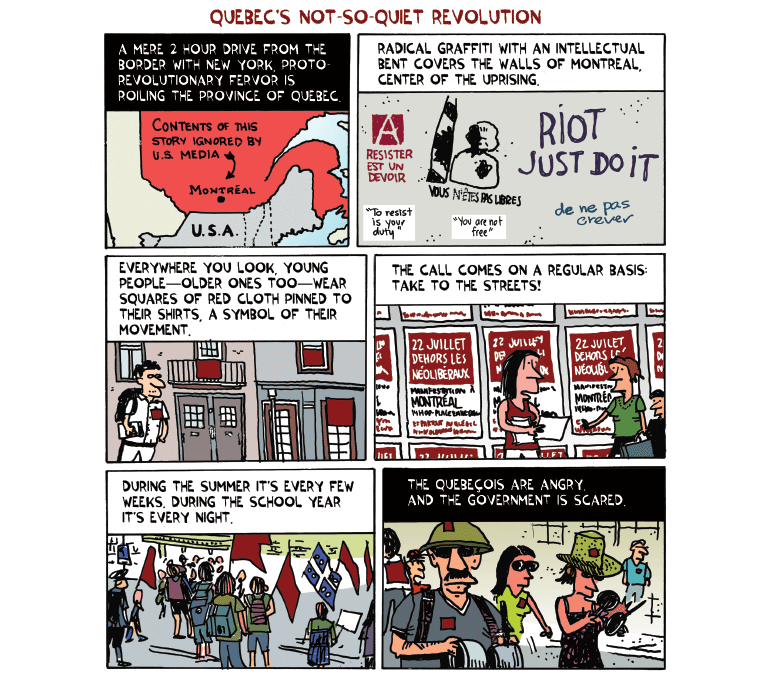 Army Of God, The Peacekeepers

Today we run the final installment of Army Of God, the graphic novel from David Axe and Tim Hamilton on the hunt for the Lord's Resistance Army in Congo, along with an epilogue. Each chapter of the book has focused on a different group involved in the conflict; locals, missionaries, children, soldiers, diplomats. Now Axe and Hamilton focus on the efforts of UN peacekeepers working with Congolese soldiers to protect villages from LRA raids. Read Army Of God in its entirety on our project page. 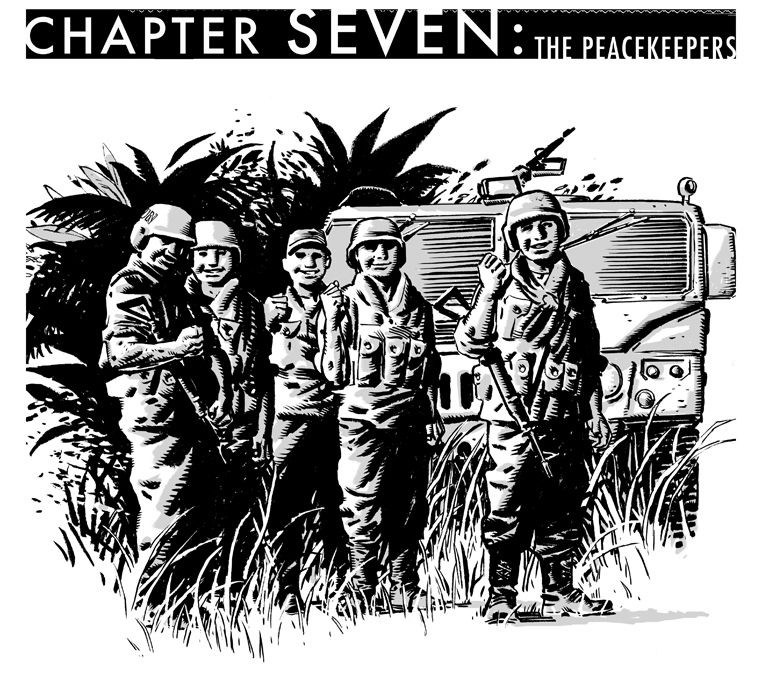 On Monday, September 10, we will publish the final installment of Army Of God, the story of the LRA in Congo and efforts to combat them, by David Axe and Tim Hamilton that we've published over the course of the year. As with every chapter, a different aspect of the conflict will be focused on. This time, the peacekeepers from the UN who work with Congolese soldiers to protect villages and ultimately capture Kony.

Catch up on previous chapters on our AOG project page. 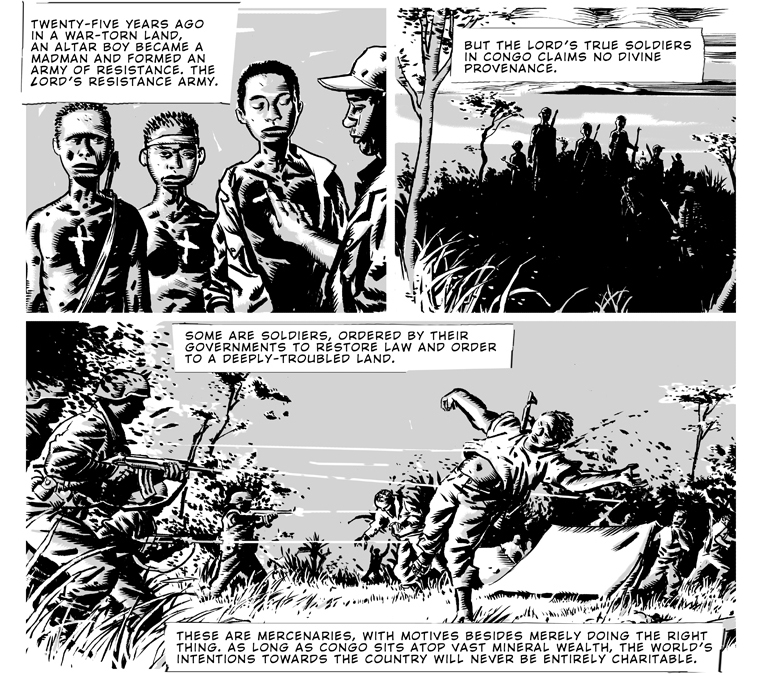 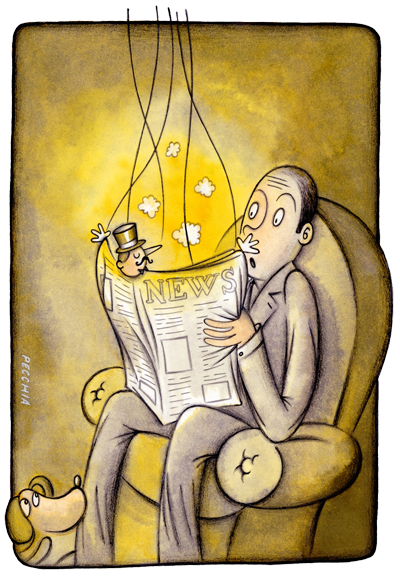 Andrea Pecchia is an Italian cartoonist, graphic designer and professional illustrator. He received technical training as a scene painter at the Teatro dell'Opera in Rome, and studied Illustration at Academy of Fine arts. To see more of his work, visit his website.