The London Olympics by Tom Humberstone

Ever since it was selected as host city seven years ago, London has been preparing for the Olympic Games. But amidst the promise of profit and prestige, less desirable spin-offs have affected Londoners along the way. When rents started to skyrocket in the East of London, comic journalist Tom Humberstone decided to investigate. "I was fairly sure it had a lot to do with the Games but I wanted to find out more."

In "The London Olympics," the British comic artist Tom Humberstone takes a critical look at what went into "cleaning up" for the game; from evictions, increased police actions, to heightened surveillance. 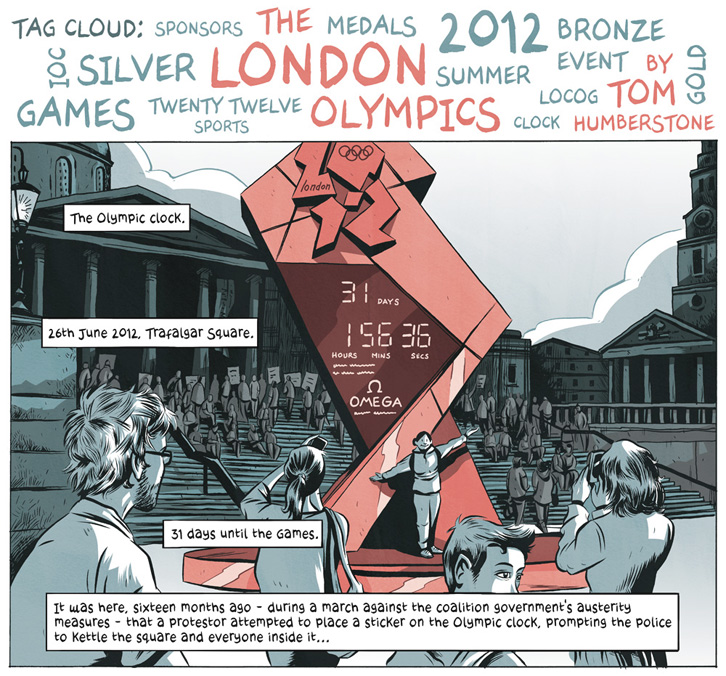