This week we introduce new cartoonists from Ecuador, Argentina and Spain: 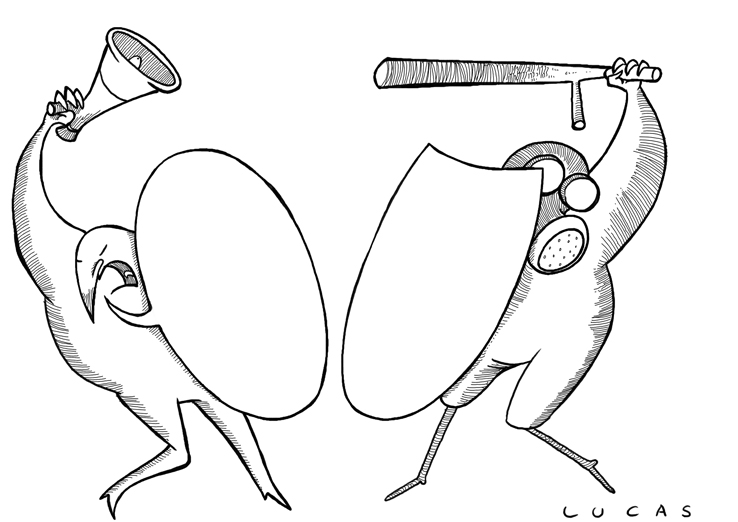 Rafael is from Cuenca in Ecuador; his work is published in local newspaper El Mercurio. He also works as background artist for a cartoon show on television, but he tells us: 'what I really like is editorial cartooning; I'm passionate about reaching peoples hearts and souls through this media'. He signs his work with the pseudonym 'Lucas'. 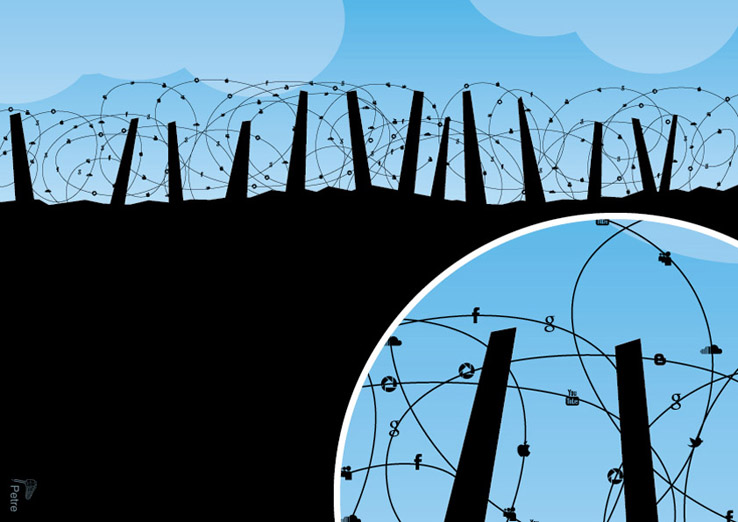 Horacio is a graphic designer, cartoonist, illustrator and painter from Buenos Aires, Argentina. He began working in comics during the 1990's, and produced a weekly comic between 2002 and 2005, titled 'Clip Clap' for Argentinian magazine Página/12. Since 2008, he publishes graphic humor on a weekly basis on his blog 'Lo invisible es esencial a los ojos' ('What is invisible is essential to the eye'). 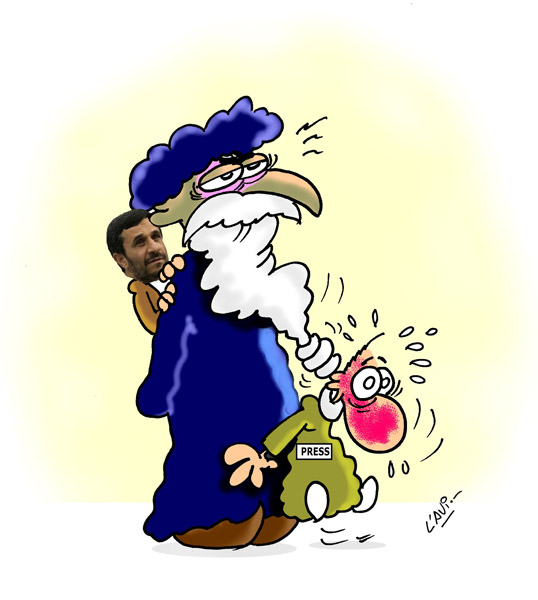 Lluis Recasens is a cartoonist from Spain who publishes his work signed as L'Avi. His cartoons appear in Catalan newspaper El Punt-Avui and the magazine Amaniaco. You can see more of his work on his blog.