Today we publish the fourth installment of Army Of God by David Axe and Tim Hamilton. This chapter examines the history of the infamous leader of the Lord's Resistance Army, Joseph Kony, who has long evaded capture. Over the last year, Kony has virtually become a household name and efforts to arrest him have been ramping up. Just yesterday, the Associated Press reported that Ugandan forces had captured one of his top commanders.

If you aren't caught up on Army Of God, check out previous chapters on our project page. 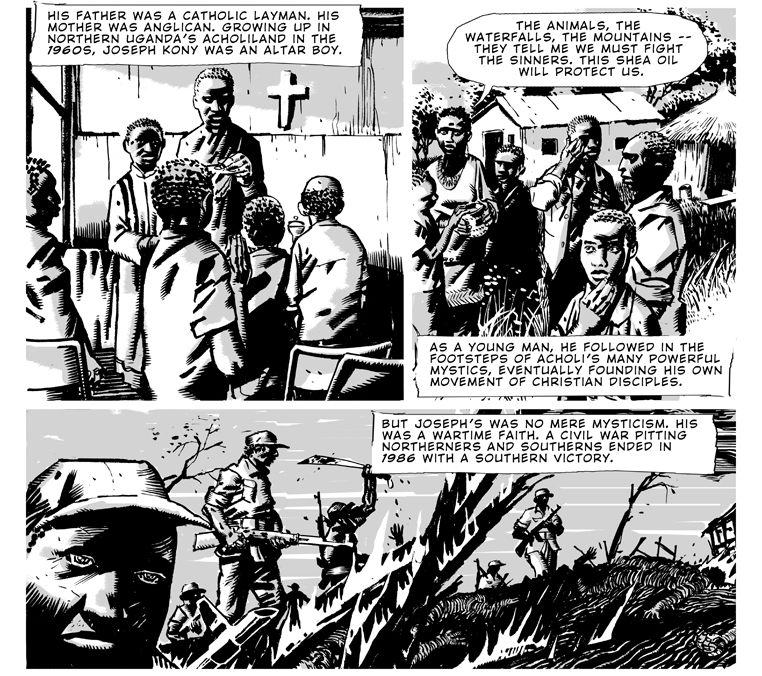