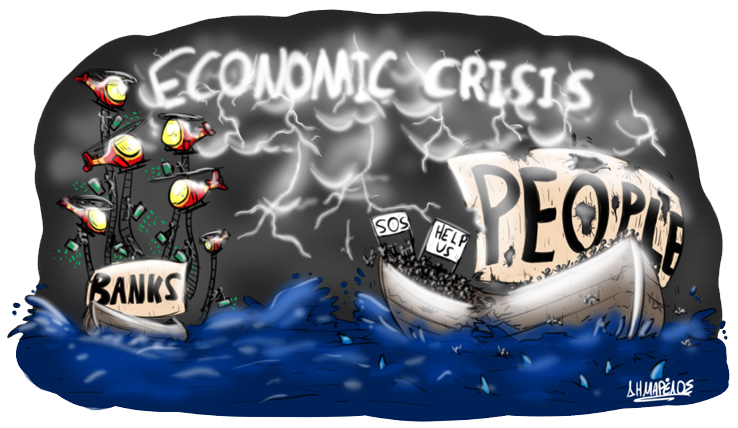 Part of the mission of Cartoon Movement is to promote political cartooning as a profession. We like to encourage and stimulate young aspiring cartoonists. This week we introduce the youngest member of our community: Jim Dimarelos is a 17-year old cartoonist from Greece. Although still young, his work shows great potential, and hopefully we can provide an environment for him to further develop his style.

1) Send a tweet about peace, including the hashtag #masterpeace2014
2) The tweet will appear in our special newsroom
3) Our cartoonists choose the best tweets, and turn them into cartoons

Check our video to see why you should participate. In addition to sharing your vision of peace with the world, you can win tickets to the MasterPeace concert in Egypt in 2014.

The selected cartoons will be used at different festivals on Liberation Day in the Netherlands (May 5th). On September 21, 2012, the International Day of Peace, all the winning works will be part of a cartoon exhibition about peace.

On the MasterPeace blog, some of our cartoonists talk about their vision of peace:

Congratulations to Cartoon Movement contributor Pavel Constantin for winning first prize at the World Press Cartoon in the category gag cartoon with this cartoon. The prize for best editorial cartoon (and grand prix) was awarded to Cuban artist Aristides Hernandez, and the best caricature was made by Egil Nyhus from Norway. 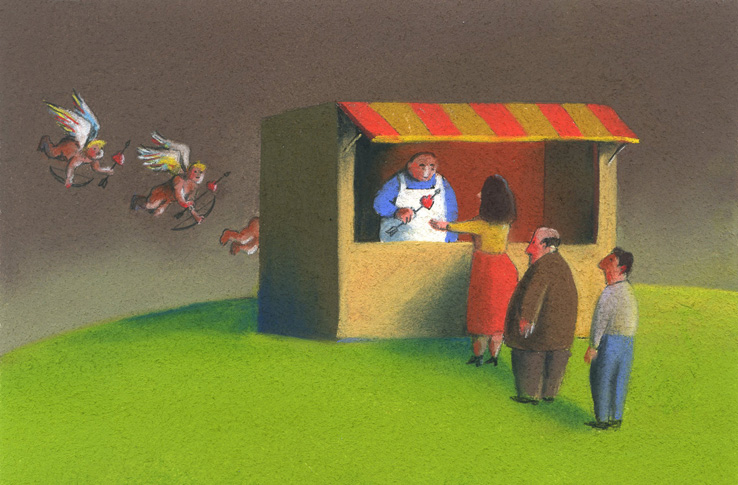 Sunnerberg Constantin is a cartoonist from Belgium. His work has been published in Le Monde, The Independent on Sunday, and Courrier International. He has won numerous awards, including the prestigious Press Cartoon Belgium (1st Prize) and the World Press Cartoon (Honorable Mention). 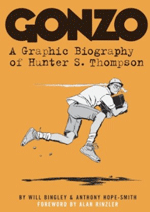 Our guests will present an overview of their work, and following participate in a discussion on how they define this field and their place in it, different approaches to the craft, and finally take questions from the audience.

Things kick off at 7:30pm and there's a $9 suggested donation. The address is 322 Union Avenue in Williamsburg, Brooklyn. More info here.

We keep congratulating our comics journalism editor Matt Bors. Not only has he landed the Herblock Award 2012, he was also a finalist for the 2012 Pulitzer Prize in the category for editorial cartooning. Fellow Portland-cartoonist Jack Ohman was also a finalist. The Prize was awarded to Politico cartoonist Matt Wuerker.

A video of Tjeerd Royaards speaking about the use of comics journalism in crisis-affected areas at TEDxGenevaChange, on April 5 2012.

Today we publish the third installment of Army Of God by David Axe and Tim Hamilton. This chapter focuses on Farruccio Gobbi, a Catholic priest working in Congo and his experience during the massacre in Duru in 2008.

Read the previous chapters at our Army Of God project page. 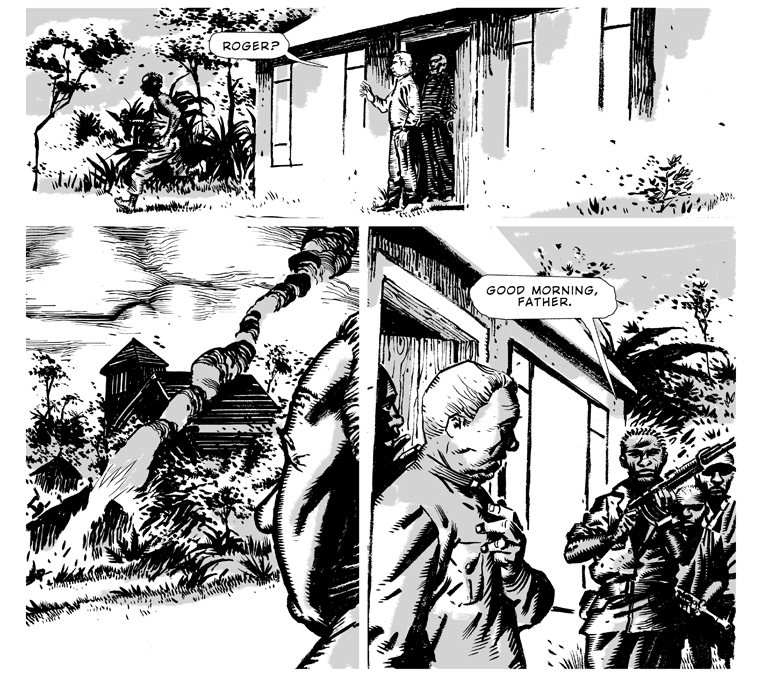 MasterPeace has created an animation to promote our joint project Your Peace Retweeted. For this project we're asking you, our audience, to tweet about peace, with the hashtag #masterpeace2014. These tweets appear in our dedicated newsroom; cartoonists will use the peace tweets as an inspiration for their cartoons. Check out the video to see why you should participate.