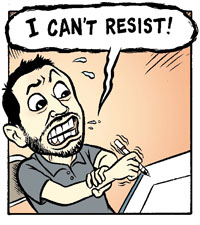 Our comics journalism editor Matt Bors has been named the winner of the 2012 Herblock Prize for editorial cartooning.

According to the Herblock Foundation 'Bors' passion for the causes he believes in and his strong, independent voice shine through his work. His commitment to comics journalism, which included traveling to Haiti to bring attention to the plight of its people, is admirable and courageous. His cartoons are hard hitting yet humorous.'

Congratulations Matt! It is a very well deserved prize for cartoons that really think outside the box and take risks.