Today we publish our second interactive comic by Dan Archer, 'International Criminal Court: Global Deterrent or Paper Tiger?' Archer's comic explores the ICC, based in The Hague, from a historical and political perspective. The central question: Is the ICC a global deterrent or a paper tiger?

The main thread of Archer's comic reads horizontally, telling the history of the ICC and the central questions it faces. Supplemental information is provided by scrolling through the vertical panels, allowing readers to choose how deep they want to go into the story. Read Dan's blog post today for more on the creation of the comic. 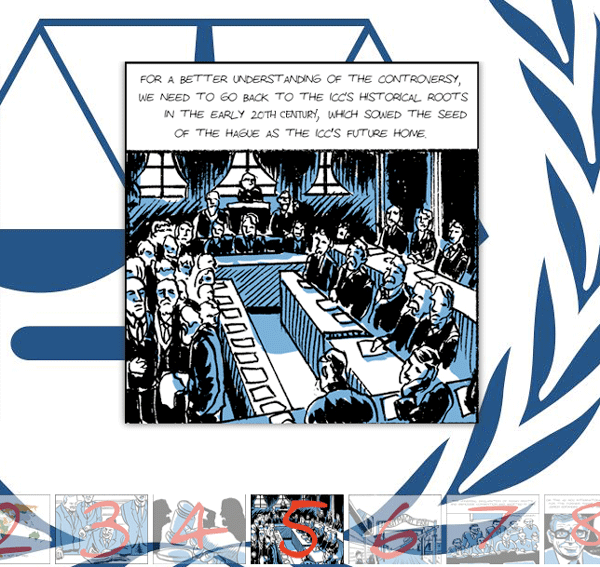 The comic is part of the cooperation between Cartoon Movement and the London School of Economics and Political Science (LSE). The LSE is undertaking a six year research project on governance, security and justice in conflict-affected areas. Cartoon Movement supports the academic research with independent journalism in the form of editorial cartoons and comics journalism.

This comic is the starting point for LSE students to debate the various perspectives on the ICC. Based on the input of students, the comic will evolve to include new perspectives that will be added by the artist in the coming months.

Dan made his first interactive comic for us last year, creating a narrative of contrasting testimonies about the the Blackwater shootings in Nisoor Square, Baghdad in 2007, where 17 Iraqi civilians were killed.