Comics journalism takes on Kony in 'Army of God'

The "Kony 2012" campaign launched by Invisible Children has brought worldwide attention to Joseph Kony and the LRA--as well as sparking a fierce debate over the role of Internet activism, humanitarian groups, and western interventionism.

Last month Cartoon Movement began publishing Army Of God by David Axe and Tim Hamilton, a book-length work of comics journalism about Kony's LRA and people working to stop him. Today we publish another chapter, reconstructing a first-hand account of the LRA raid on the town of Duru in 2008, where Kony's soldiers abducted more children.

Published monthly, each chapter in Army Of God focuses on a different person affected by the LRA, with extensive endnotes and a short essay examining each chapter's theme; child soldiers, rape, and the humanitarian and military efforts to stop it. 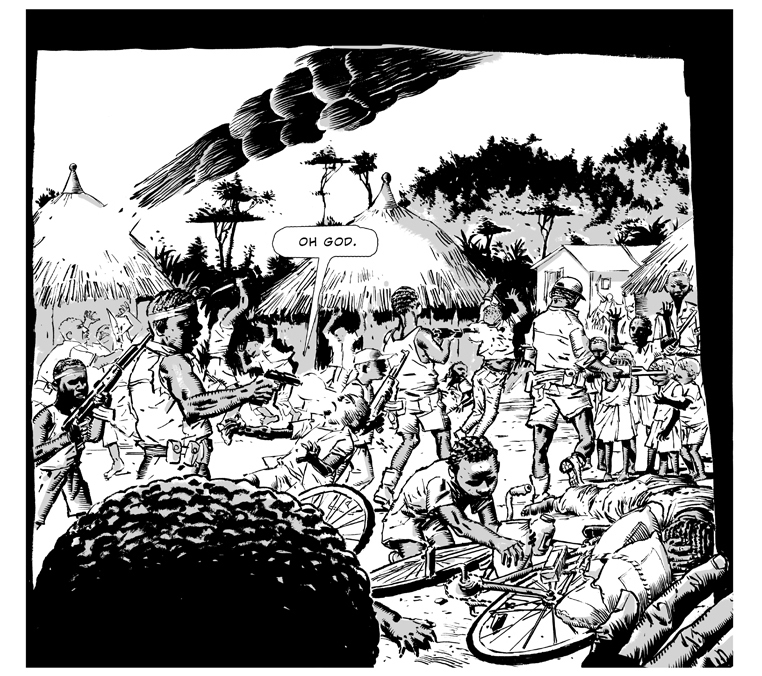 Today on our blog, David Axe writes about his meeting with Invisible Children's Adam Finck while reporting from Congo in 2010, and his ultimate support for their project, in Get Kony.

Brian Conley, who has established grassroots news outlets in conflict zones, writes from South By Southwest, where two panels focused on Kony 2012 and who exactly it empowers. “It undermines the agency of Ugandans as implementers of change in their lives,” Conley writes in Hashtag You Can Believe In. “I am left wondering how Ugandans will advocate for themselves in the world of 2013 without Kony.”