Here is a preview of Thursday's launch of Cartoon Movement's 75-page comics journalism project focused on life in Haiti two years after the country was devastated by an earthquake.

The first chapter, “Tents Beyond Tents”, focuses on the tent camps that still dominate much of Port-au-Prince. It was written by Pharés Jerome, a reporter for Le Nouvelliste. We will be publishing installments throughout 2012 written by various Haitian journalists, focusing on such issues as Haitian politics, the role of NGOs, and what exactly happened with all the relief money that came flooding in after the earthquake.

The entire series will be drawn by perhaps the most talented comic artist working in Haiti today, Chevelin Pierre.

“This is an opportunity to express my frustrations, and those of my countrymen, with the recovery after January 12 through my drawings,” says Pierre. “And comics journalism lends itself perfectly to the subject.” This 26-page sketchbook by US cartoonist Sandy Huffaker is based on his impressions of Haiti during a trip he made in 1986 with Don McClanen's Ministry of Money, a Christian organization 'taking small groups of people to places of economic poverty from India to Palestine to Haiti to experience how some communities live in great faith though in few financial resources.'

This sketchbook not only provides an interesting insight into faith-based trips to Haiti (missionaries and other Christian groups still travel to Haiti in great numbers), but also into the past and present of Haiti. Although 20+ years have passed, the plight of the Haitian people has not improved greatly. 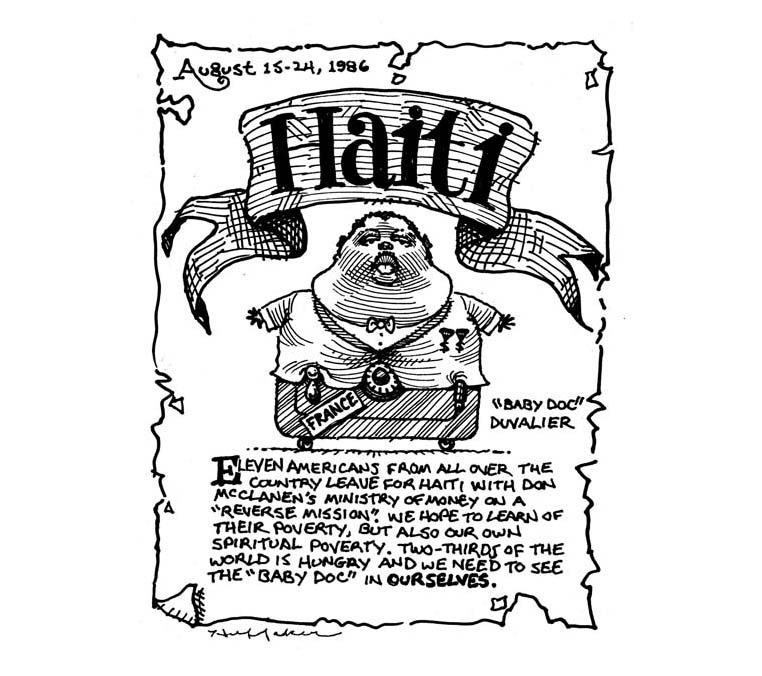 In the last month we have welcomed six new cartoonists to the community. Two artists are from the United States, one from Greece, one from Italy, one from Venezuela, and one from Iraq. We are particularly pleased to add cartoonists from Venezuela and Iraq to the network, as these were blank spots on our global cartoonists map until now. In this post we briefly introduce all the new artists to you, and show an example of their work: 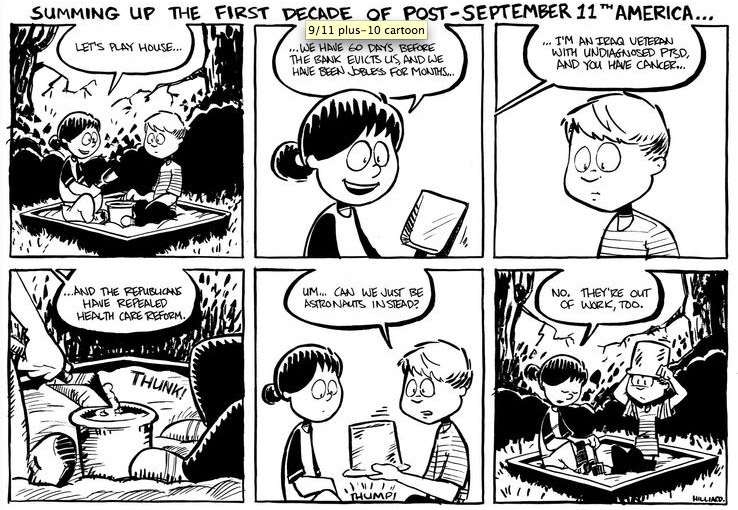 John Hilliard is a  US based freelance editorial cartoonist currently publishing in the Brookline (Mass.) TAB weekly newspaper. . Before becoming a comic artist, John worked as a daily beat reporter covering the cities and towns of the Metro Boston area. 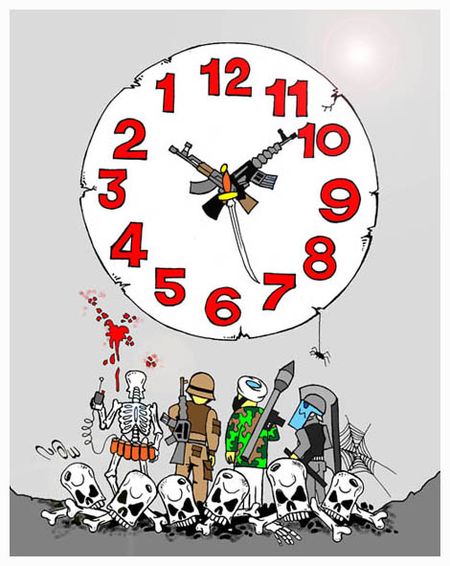 Saad Mutharda an editorial cartoonist from Kirkuk, Iraq. Originally a mechanical engineer, he began publishing his work in Iraqi newspapers in 2003. 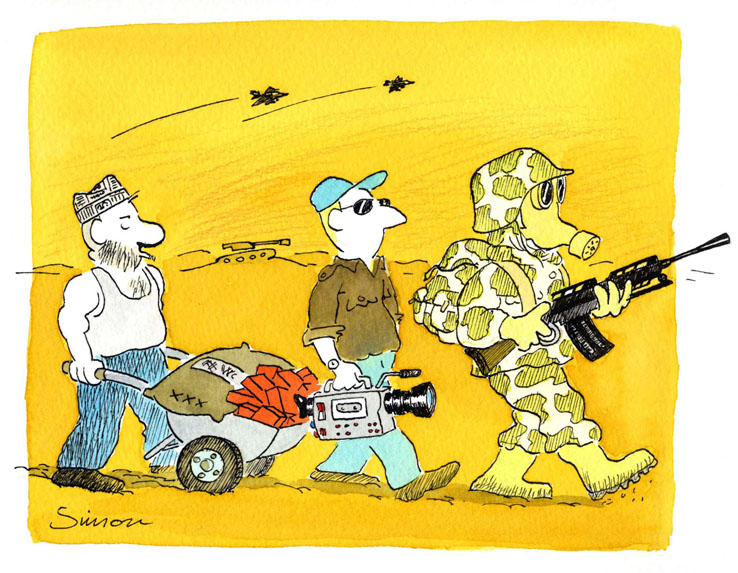 Simone Frosini is the 8th Italian cartoonist to join Cartoon Movement. His works appears in national newspapers and magazines, and on various websites. He signs his work as Simon. 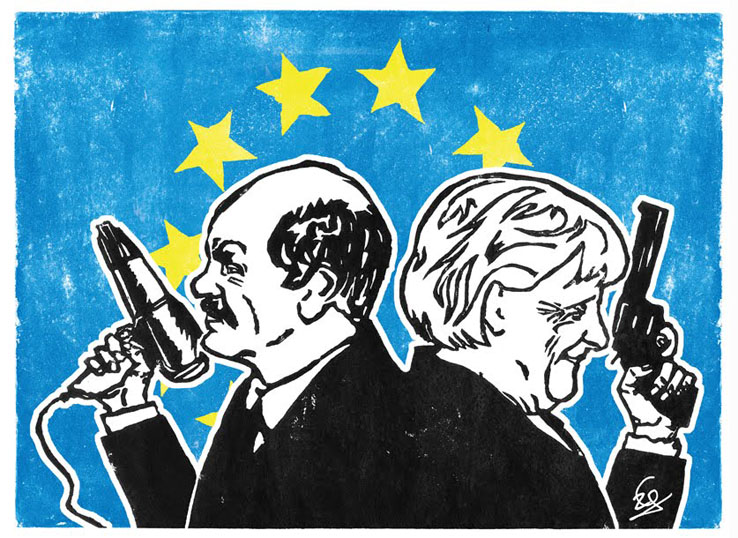 Manos Symeonakis is a welcome addition to our growing division of Greek cartoonists. Hailing from Athens, Greece, Manos has been doing editorial cartoons illustrations since 2008 for Kathimerini and Athens Plus (a joint English edition of Kathimerini and International Herald Tribune). 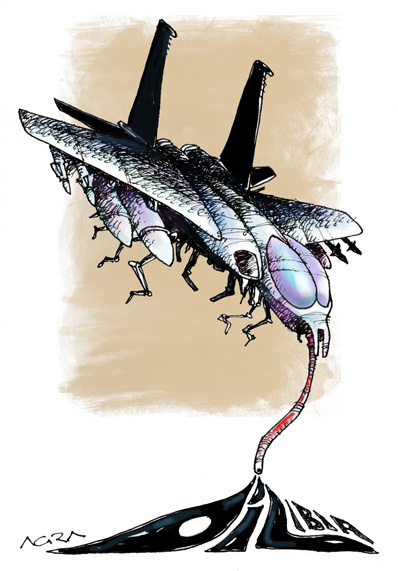 Emilio Agra was born in Spain, and currently resides in Maracay, Venezuela. He has won several awards for his work and has published five books of graphic humor. 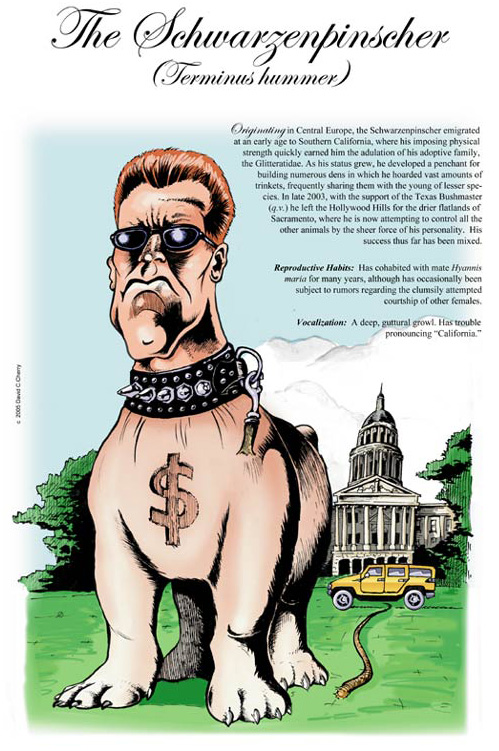 Another US artist joining us this month is Dave Cherry. He is an editorial cartoonist, illustrator and animator. One of the things he is working on is a series of caricatures of various Washington luminaries, titled 'The Beasts of Washington'. 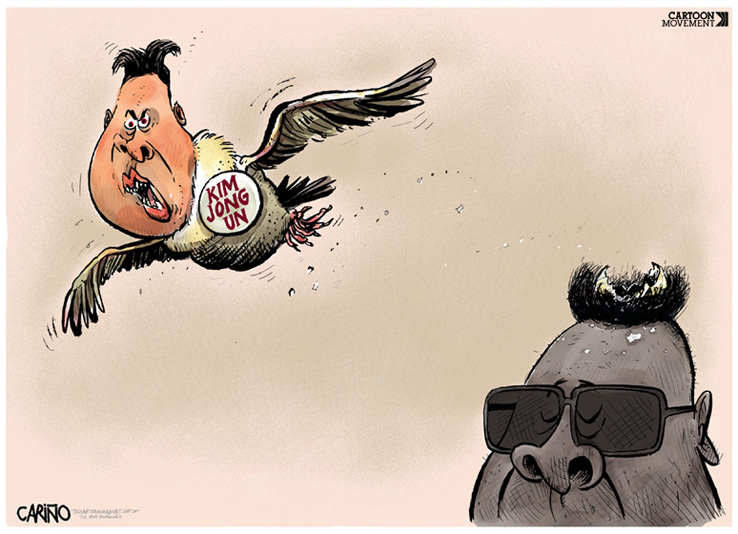 In this week's Behind-the-Scenes we explore the work of U.S. artist Dan Carino. In addition to being an editorial cartoonist, Dan is also a multimedia journalist with his own production company, tilt.SHIFT multimedia. The video below not only demonstrates his excellent skills as a cartoonist, but also his ability to create engaging videos. Enjoy:

The CARTOON Process from Dan Carino on Vimeo.