The Beginning of the American Fall (part 2)

Today we run the second part of Stephanie McMillan's The Beginning Of The American Fall, her report from a week at the Stop The Machine rally in Washington DC. (Read part one here.)

Asked how she has stayed involved with the Occupy movement since leaving DC, McMillan says, "I regularly work with an anti-capitalist/anti-imperialist group in South Florida called One Struggle. We organize locally, including within and around Occupy Miami and Occupy Fort Lauderdale."

Now that many of the camps have been broken up by police, Occupy organizers are beginning to shift tactics. "Many of them seem to be moving toward taking over private space in ways that are even more transformative," Mcmillan says. "In Atlanta there was recently a group that occupied the front lawn and basement of a family threatened with eviction. These kind of actions damage capital and defend the people, both of which I think are very positive developments." 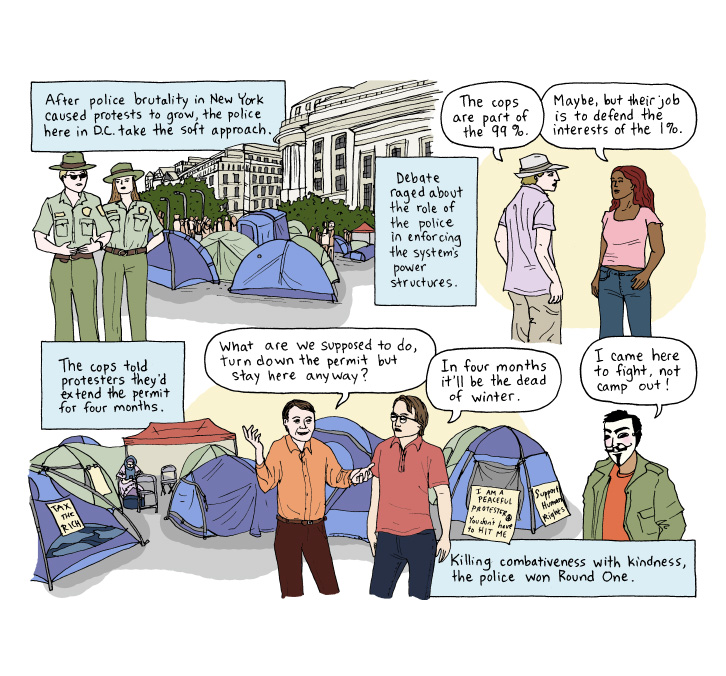