Today we're proud to run our final installment of Occupy Sketchbook. With the protests growing beyond the States we thought we'd do a European edition. Our regular contributor, Spiros Derveniotis, send in sketches from Athens, where austerity protests have taken hold. Our editor, Tjeerd Royaards, visited Occupy Amsterdam as the cold sets in. And Tom Humbertone, who first contributed a piece of comics journalism on the student uprising in London, returns with a take on the city's latest protest.

We've had a lot of comic coverage of Occupy over the last month. Make sure to catch the first installment of the sketchbook series here, Sarah Glidden's sketchbook essay on Miami, and the third installment on Boston and LA, as well as Stephanie McMillan's ten page piece on protests in DC. 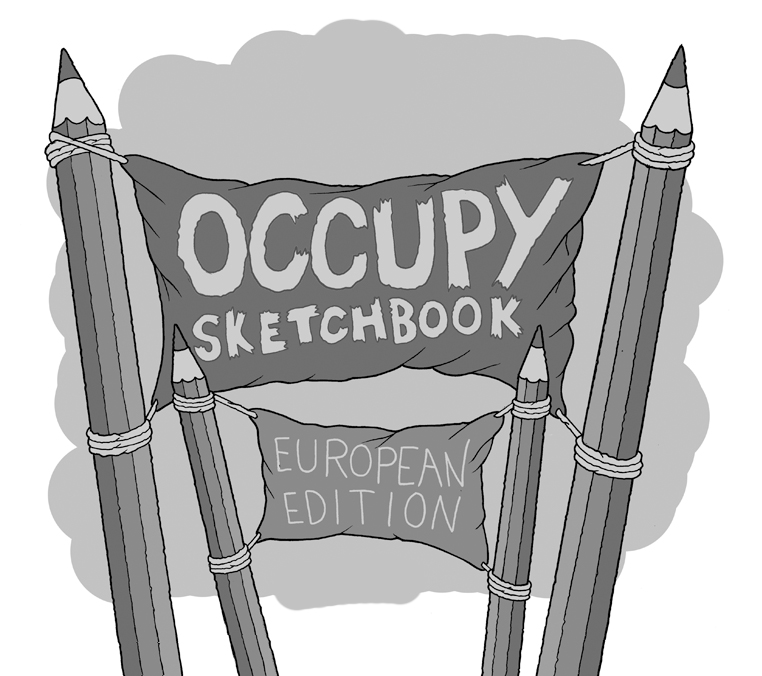