In February 2011, we ran the very first special project on Cartoon Movement. The project was titled 'Freedom Worldwide', asking cartoonists to draw different perspectives on freedom. Out of all the pitches, a number of cartoons were selected and used by the National 4 and 5 May Committee,  an organization responsible for Dutch Liberation Day, which takes place on May 5th each year. The cartoons (which you can see in this slideshow) were used in publications throughout the Netherlands to remind the Dutch how precious freedom is. 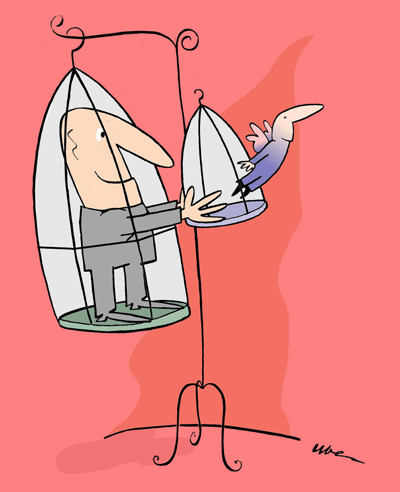 The special newsroom for this project is already full of great cartoons on the subject. The project is only visible to registered users, so if you were looking for a good excuse to sign up, this is it!