In cooperation with Radio Netherlands Worldwide (RNW), we're currently a project focusing on the election coming up in Tunisia on October 23. The popular uprisings demanding more freedom and democracy that have became known as the 'Arab Spring' began in Tunisia and can still be heard loud and clear in a number of Arab countries. The developments of the past year provide a fascinating context for the Tunisian elections. RNW has developed a Vote Compass that maps the political landscape in Tunisia and helps Tunisian voters to decide how to cast their vote: www.bosala.org

Some of the issues at stake in Tunisia are the role of Islam, the relationship with the West (the United States in particular) and the position of the army.  The dedicated newsroom has been open for a few weeks now, and we've gotten some great submissions so far. Here's a few of them: 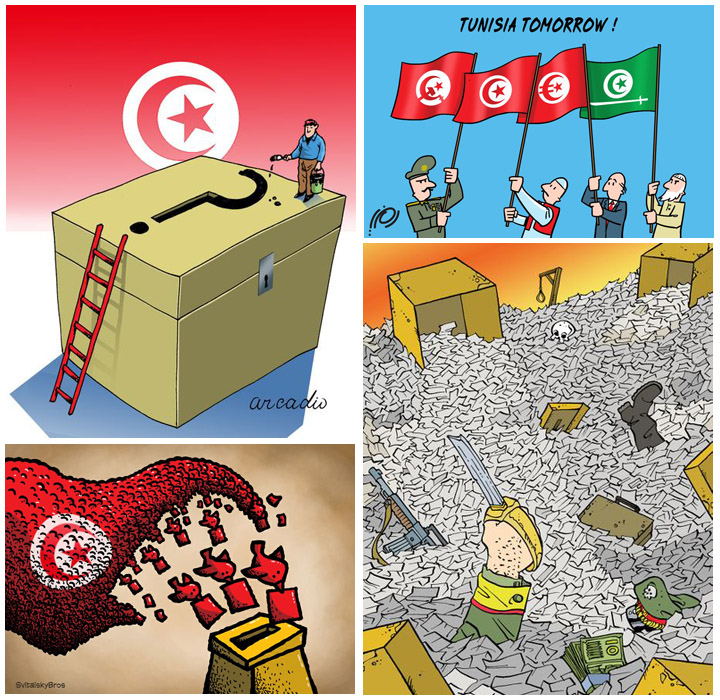 The cartoons are used to promote the Vote Compass and to create awareness about the Tunisian elections. Other Vote Compasses are being created for the upcoming elections in Morocco and Egypt.