Today we publish a 12-page piece of comics journalism by Brazilians Augusto Paim and MauMau. 'Inside the Favelas' takes a critical look at life in the slums of Rio de Janeiro in the wake of massive police actions to sweep out drug cartels.

In preparation for hosting the World Soccer Cup in 2014 and the Olympics in 2016, Rio launched heavy-handed police raids in 2010 to begin clearing out the slums--or favelas--where the most impoverished citizens live. But how successful is this clean-up, and how does it affect the average resident? 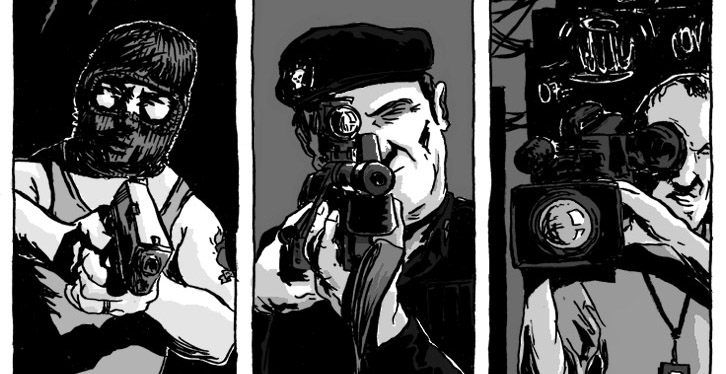 This is the first in a two-part comic. The second installment will be published in two weeks and will find Paim and MauMau delving even deeper into the favelas.