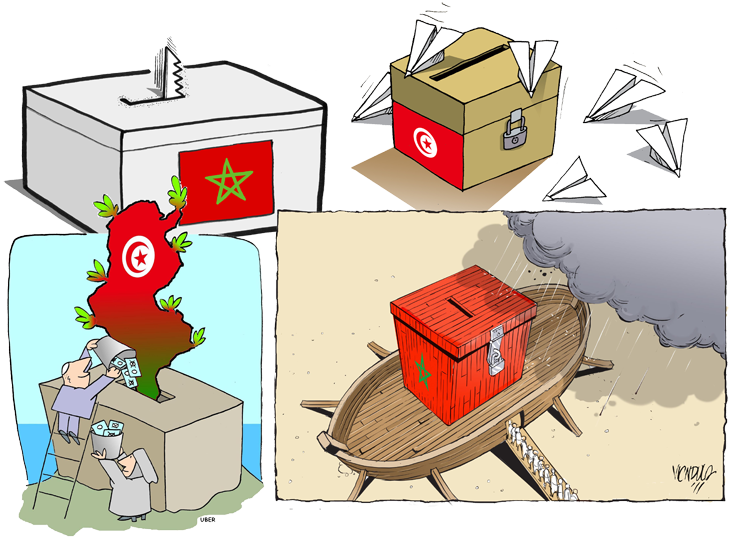 On October 23, the first free elections were held in Tunisia since the overthrow of Zine al-Abidine Ben Ali. During the last month, we ran a special project (in collaboration with Radio Netherlands Worldwide) that focused on the Tunisian elections. The outcome of the project: six cartoons that were published by Cartoon Movement and by RNW. (You can see all the submission that came in here.)

The project was such a success that RNW has asked us to set up a similar project for the elections in Morocco on November 25. Once again, our cartoonists are coming up with some great cartoons, and although we started the project a few days ago, the newsroom is already full of pitches. Some of the issues at stake in Morocco are freedom of the press, the role of the police and army, corruption, and the relationship with Europe.

You can help us decide what to publish by voting for your favorites, and by letting us know what you think about the current cartoons, and which subjects you would like to see cartoons on. After the elections in Morocco, we're planning to continue this project with the elections in Egypt, which are scheduled for December.