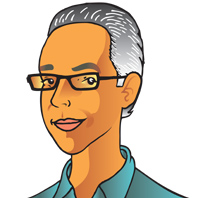 A brief recap of our first week in Port-au-Prince. So far we've talked to six cartoonists and comic artists. We're told that this is about the size of the comic scene in Haiti. Although the primary goal of this project is to produce comics journalism, we're of course also scouting for Haitian cartoonists to join Cartoon Movement, and not without success. We're very pleased to welcome Haitian cartoonist Raphael Paquin to the network.

We've also met with a number of journalists, including two investigative reporters who work for Haitian newspaper Le Nouvelliste. Early next week we plan to have a meeting with our prospective artist Chevelin Pierre and these two journalists to talk about the subjects that would be interesting for a global audience.  These will most likely include a look into the tent cities, why these camps still persist, and the challenges that will have to be overcome to relocate the people living here to real houses.

Another very interesting subject is the current political situation. Michel Martelly, the singer who won the 2011 Presidential elections, enjoys immense popularity among the Haitian people. One of his election promises is free education, which he hopes to fund by taxing the money sent to Haiti by the Haitian diaspora. Among journalists and cartoonists there is no consensus about Martelly. Some think his election promises will be impossible to keep, and that having a president without any political experience can't be good for Haiti. Others think he should be given a chance, and criticize the parliament for blocking the formation of a government by rejecting the Prime Minister proposed by Martelly.

Next week promises to be a busy one. Tomorrow we will be joined by video journalist Caroline Bins, who will be doing a number of video reports from Haiti, including interviews with Haitian cartoonists and a short documentary about our project.

As for impressions after one week in Port-au-Prince, the image of a broken society persists. Although one can't deny that there are efforts towards reconstruction (every other car you see seems to belong to an NGO), the amount of work that needs to be done is staggering. 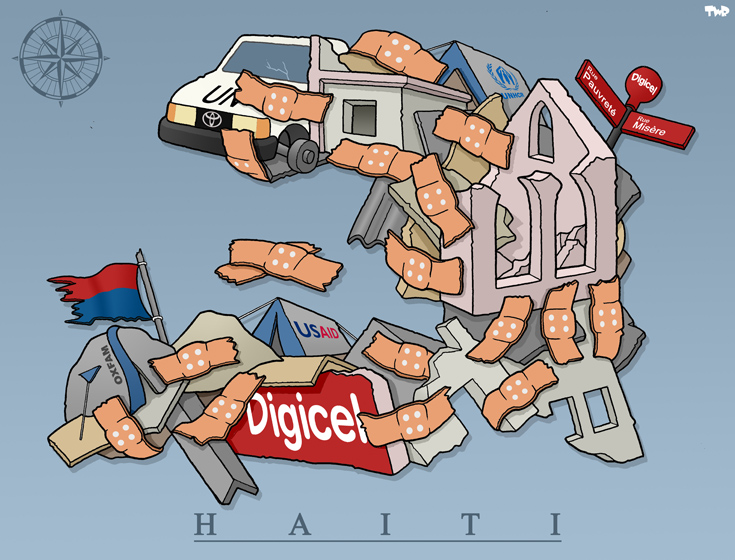 One Haitian journalist we talked to offered an apt analysis of the situation: 'Seen individually, every NGO is doing a good job, but when you look at the broader picture it's difficult to discern what is actually happening.' With a powerless government, and (pre-quake) estimates on the number of NGO's working in the country ranging between 1000 and 10,000 it's no wonder Haiti is sometimes called 'A Republic of NGOs'.  What seems to be missing is an overall and coherent strategy for Haiti to become a stable and prosperous nation. With such a strategy, all the help is no more than a bandage barely holding the piles of rubble together.

Here are some sketches that Matt did today of the tent camp that is located on Place St. Pierre, just outside our hotel. 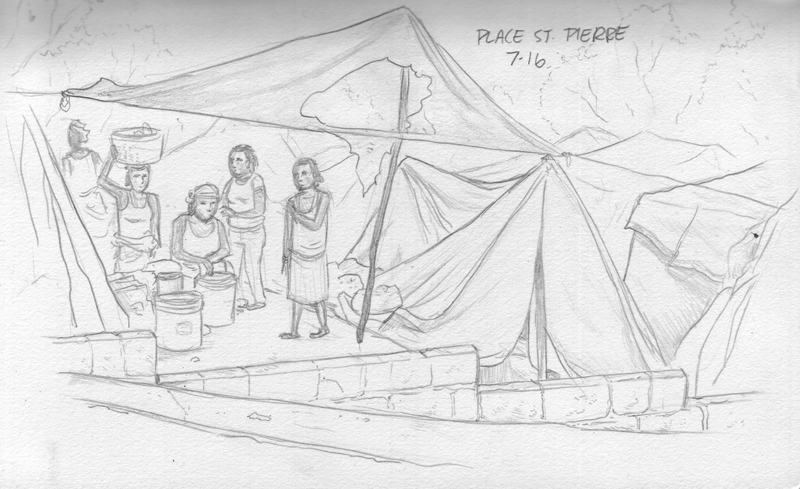 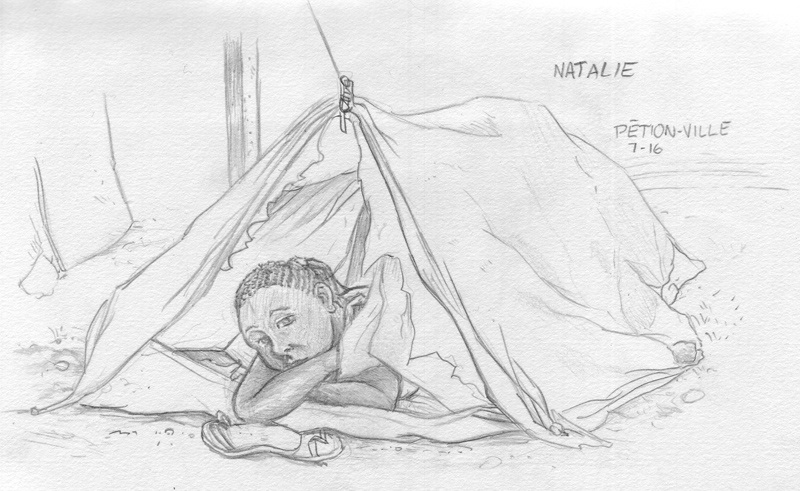