Bouton as Comic Strip of the Day 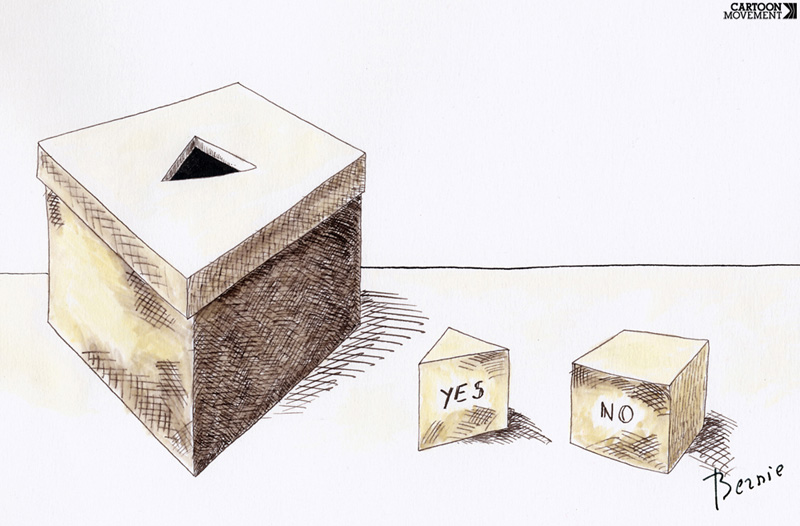 Mike Peterson has a thoughtful rumination on a Bernard Bouton comic we published last week at his Comic Strip of the Day blog:

International cartoons tend to be a good deal more metaphorical than narrative, and this one can be seen in at least two lights, both valid.

There is, of course, the outwardly "free election" that is a fraud, as seen in Cote d'Ivoire, where the incumbent simply refuses to accept the results, or in Iran, where the Supreme Council invalidates the candidacies of potential reform legislators (and where, even with the deck stacked, it was recently necessary to suppress the results of the elections that followed). Given the general tenor of the cartoons on this website, I suspect this is Bouton's intent.

But there is also a flawed "free election" where voters don't really understand the concept and tend to vote "Yes" out of some sense of identity rather than one of contentment... Read the rest of his post here.